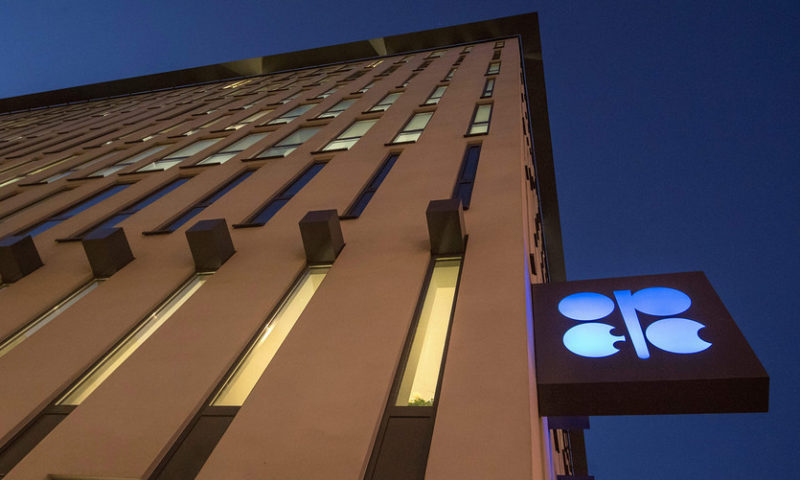 The bulk of OPEC’s came from Venezuela, one of three member countries exempt from the cartel’s latest production-cut agreement

OPEC continued to cut its crude-oil production in February but at a significantly reduced rate than the month prior and well-below the group’s pledge to the market, the oil-cartel said Thursday.

In its closely watched monthly oil-market report, the Organization of the Petroleum Exporting Countries said its crude output had fallen by 221,000 barrels a day in February from January, to average 30.55 million barrels a day, citing secondary sources. That compares with a decline of 797,000 barrels a day in January—the first month in which a fresh OPEC-led plan to limit production took effect.

Late last year, OPEC and a group of 10 producers outside the cartel, led by Russia, agreed to hold back output by a collective 1.2 million barrels a day for the first half of 2019, compared with October 2018 levels. OPEC member states agreed to cut 800,000 barrels a day of that quota, with Saudi Arabia—the world’s largest exporter of crude—handling a 250,000-barrel a day reduction.

The bulk of OPEC’s cuts in February came from Venezuela, one of three member countries exempt from the cartel’s latest production-cut agreement. Venezuela, which is facing an economic and political crisis and is currently subject to U.S. oil sanctions, saw production fall by 142,000 barrels a day last month, to average just over 1 million barrels a day, OPEC said.