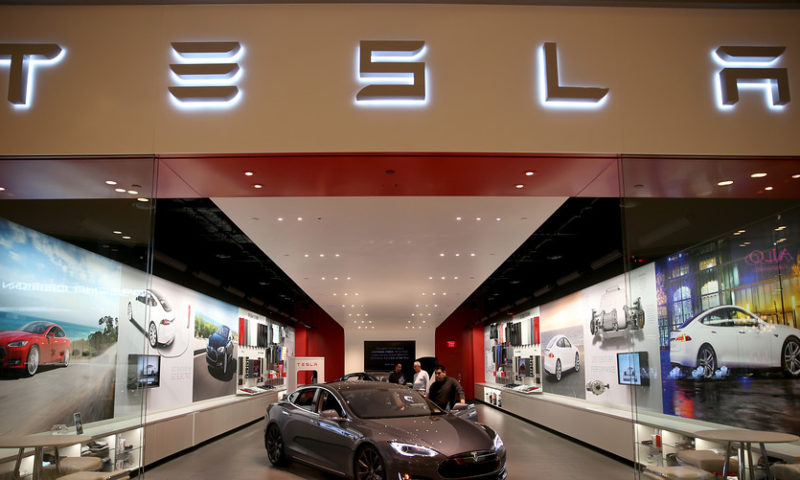 Tesla Inc. shares rose 1.5% Monday after the company said it has reversed course on a decision to close most of its physical stores and switch to online-only as a way to lower prices on its cars.

In a blog posted on the company’s website, the electric-car maker TSLA, +2.39% said it had spent the last two weeks evaluating that decision and decided more stores will remain open as it continues to review traffic and other trends in the next few months.

“When we recently closed 10% of sales locations, we selected stores that didn’t invite the natural foot traffic our stores have always been designed for,” said the blog. “These are stores that we would have closed anyway, even if in-store sales made up our entire sales model.”

The company has now decided to open some stores in high visibility locations that were closed because of weak traffic, but will staff them more modestly. Another 20% of locations remain under review and will be closed or kept open depending on how they perform in the next few months.

“As a result of keeping significantly more stores open, Tesla will need to raise vehicle prices by about 3% on average worldwide,” said the blog. “In other words, we will only close about half as many stores, but the cost savings are therefore only about half.”

The price increases will apply only to more expensive versions of the Model 3, as well as the Model S and X. The plan for the $35,000 Model 3 will remain intact. Last week, the company said as a result of moving to online sales worldwide, prices of all cars would drop 6% on average.

Customers have a week to place their orders before the price rise kicks in on March 18, said the blog. The company will still make cars available for test drives at stores for those that request it, and stores will carry a small number of cars for those that wish to buy and drive away on the spot.

“While the reversal to keep stores open does call into question the soundness of the initial decision, we view this as the right course of action and think that test drives are still an important part of the sales process until the EV (electric vehicle) penetration rates increase meaningfully,” the analyst wrote in a note to clients.

Canaccord is sticking with a buy rating on the and $450 price target that is 57% above its current trading level.

Tesla shares have come under pressure in recent sessions as analysts and investors question some of the decisions the company and its controversial CEO Elon Musk have been making. They have asked why the company hasn’t raised capital yet, whether its balance sheet is strong enough to weather continuing cash burn and more debt that is coming due. There were also questions about the risks associated with online-only sales.