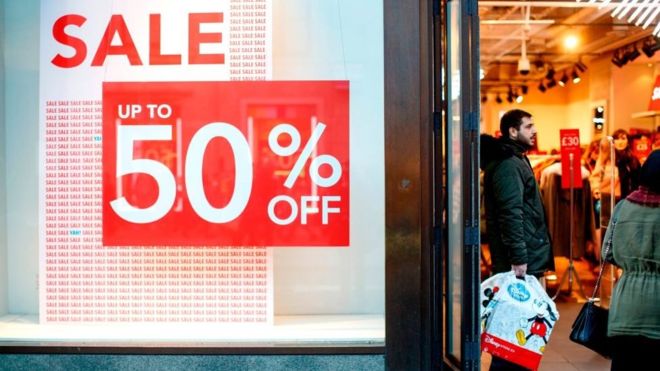 Last month saw the biggest fall in five years in people visiting stores during February, according to the British Retail Consortium and Springboard.

It marked the fifteenth month in a row of falls, with Northern Ireland the only part of the UK to buck the trend.

Ms Wehrle added: “The record temperatures only occurred in the final week of the month, when footfall rose by 2.5% compared with drops in each of the preceding three weeks, averaging 3.6%.

“Indeed, the balmy conditions certainly helped High Streets where footfall rose by 4.5% in the last week of the month, compared with an average drop of 4.1% in the preceding three weeks.”

In England, the South West and the East were among the weakest performing regions, with declines of 3.5% and 3.4%, while London saw a 1.4% fall.

Across the UK, High Street footfall fell by 1.9% annually – the seventh straight month of decline.

Footfall in retail parks dropped by 0.8%, and shopping centre footfall faltered by 3.4% year-on-year, a deeper decline than last year’s fall of 0.9%.

“While real incomes have been rising over the last year, the uncertainty surrounding Brexit appears to be driving a needs-not-wants approach.”

Trump Budget Sets up Another Battle Over Wall Funding