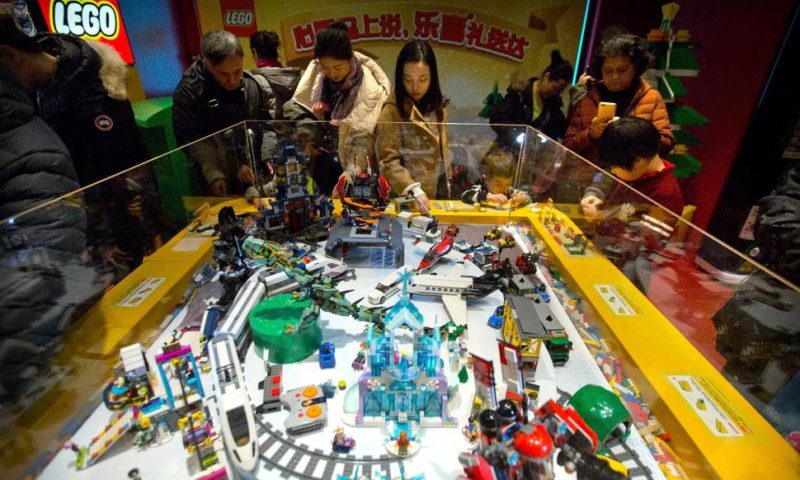 For Lego, the pieces are coming back together.

Growth was in the “strong double-digits” in China and “in the low-single digits” in the United States and western Europe.

CEO Niels B. Christiansen said the privately-held company has been recovering from a slump in 2017, when sales fell for the first time since 2004 from record highs. He said the company had reached its goal “to stabilize the business.”

“We are especially encouraged by our progress given the challenges facing the toy industry and the departure of specialist retailers such as Toys’R Us” that went under last year, said Christiansen. “These shifts gave us the opportunity to strengthen our partnerships with retailers and find new ways to connect with shoppers and consumers across digital and physical channels.”

“We also grew market share in our largest markets around the world, bucking industry trends,” he added.

The company, based in Billund, in western Denmark, said it was planning to open 80 stores in 18 Chinese cities in 2019, starting with a new flagship store in Beijing which opened Feb. 22. It would also further expand its presence in the Middle East and countries with a growing middle class, namely India.

Founded in 1932, Lego’s name was invented by combining the first two letters of the Danish words “Leg godt” (play well) without knowing that that the word in Latin means “I assemble.”