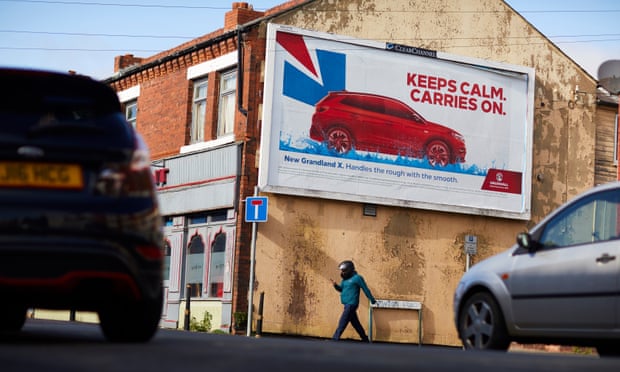 Other bumps in the road include diesel, low demand from China and the mess that is the British industrial strategy

When Honda insisted last week that Brexit was not a factor in the closure of its Swindon plant – a decision that threatens at least 7,000 jobs – a few eyebrows were raised. The claim did not seem in accord with its previous warnings: that Brexit would be a prelude to disaster. Surely it was now the company’s civic duty to the people of Swindon to give more thought to the part played by EU withdrawal?

Proponents of Brexit, not least the prime minister, immediately leapt on the company’s comments in an effort to head off a Remainer backlash. If Honda was saying it, you had to take them at their word. Since then, after the Guardian presented the Japanese carmaker with details of a doom-laden Brexit briefing it gave Swindonites in September last year, the company has subtly altered its rhetoric.

It claimed that “no one single event” was responsible – albeit only once the fuss had died down and the spotlight had shifted. It was a small but noticeable difference in tone. It is true, of course, that there are other important factors at play, some almost certainly more influential than Britain’s relationship with the EU. They include a global car capacity glut, a free-trade deal between Japan and the EU that makes production in Honda’s domestic market easier, and the need to invest heavily in electric vehicles.

On that last issue, the UK isn’t very attractive, not necessarily because of Brexit but because, say pundits, our industrial strategy is a mess.

“Honda says the UK isn’t an attractive place to make electric cars,” said Professor David Bailey of Aston Business School. “Government policy has been all over the place, frankly. The chancellor has cut the subsidy for electric cars. Last year Theresa May gave a speech in Birmingham about encouraging electric vehicle production. As she was speaking, I couldn’t find anywhere in the city to plug in my Nissan Leaf.”

With the road ahead looking increasingly long, winding and bumpy, fears are growing that Swindon is just one domino in a chain. Jaguar Land Rover, wrestling with slumping diesel sales, limp Chinese demand and, yes, Brexit, has already cut jobs. Nissan has said it will not be making its new X-Trail in Sunderland.

This week, French auto giant Groupe PSA – the firm behind Peugeot and Citroën – will report full-year results. It also owns Vauxhall, whose plant at Ellesmere Port has been the centre of speculation for some time. A decision on its future is pending and, while PSA may not make an announcement this week, industry observers will be listening intently to the mood music.

It isn’t just Ellesmere Port. Fears are growing about possible reductions at facilities such as Jaguar Land Rover’s Castle Bromwich site and the Toyota plant at Burnaston in Derbyshire, which operates with some of the same realities as compatriot Honda.

Later this week, the Society of Motor Manufacturers and Traders will give its latest update on manufacturing, a timely reminder of the health of the sector and what there is to lose. The SMMT has been a Cassandra-esque voice on Brexit, particularly a no-deal scenario.

Industry observers are tearing their hair out. Ian Henry of consultancy AutoAnalysis said: “If the UK was in the EU, it’s my personal view that Nissan would have made the X-Trail or some other vehicle in the UK and that Honda would have retained a plant here. The fact that we’re going to be outside it and the government has failed to provide clarity, despite the Japanese asking for it the day after Brexit, just annoys them.”

Saudi Arabia appoints its first female ambassador to US