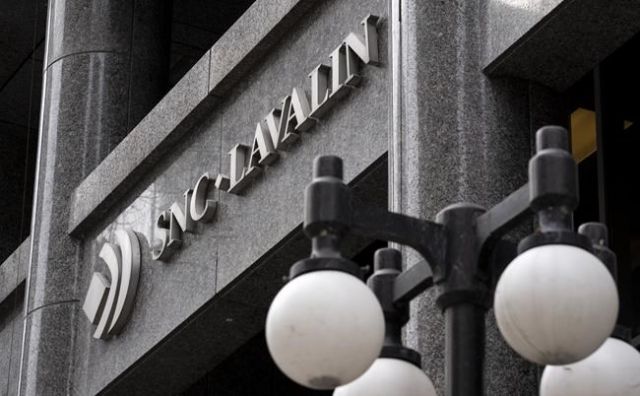 SNC-Lavalin Group Inc. slashed its dividend by 65 per cent Friday as it reported a fourth-quarter loss of $1.6 billion.

The troubled engineering and construction giant said it will now pay a quarterly dividend of 10 cents per share compared with its earlier payment of 28.7 cents per share.

SNC-Lavalin has been at the centre of a political scandal in Ottawa over the company’s desire to negotiate a deferred prosecution agreement in connection with fraud and bribery charges linked to business dealings between it and Moammar Gadhafi’s regime in Libya between 2001 and 2011.

The company also issued two profit warnings earlier this year related to problems at a mining project in Chile and its oil and gas business in Saudi Arabia.

“The year 2018 was a disappointing year, as our mining and metallurgy and oil and gas segments underperformed,” chief executive Neil Bruce said in a statement Friday.

The Jan. 28 announcement, combined with news about delays at the Chilean mining project and an arbitration loss in Australia, sent shares plummeting 27 per cent to close at $35.01, their lowest since September 2012.

“There remain lots of challenges ahead for SNC, but none of which we would view as insurmountable and more than reflected in the current share price,” he said in a research note Friday.

Spronck held out hope for a remediation agreement — which would allow SNC-Lavalin to avoid criminal prosecution in exchange for fines and other penalties — in spite of the firestorm in Ottawa after the Globe and Mail reported the Prime Minister’s Office pressured former justice minister Jody Wilson-Raybould to steer prosecutors toward negotiations with the company.

A criminal case could result in a 10-year ban on bidding on federal contracts. SNC-Lavalin’s ability to bid would remain unaffected, at least directly, “during what could be a multi-year trial process,” Spronck noted.

Analysts also pointed to a potential sale of some of the company’s 16.77 per cent stake in Ontario’s 407 ETR highway in 2019. The company has been mulling a partial sale for at least six months, which would hand it a slice of the $2.2 billion some analysts say the stake is worth.

Analysts on average had expected a loss of $1.19 per diluted share, according to Thomson Reuters Eikon.