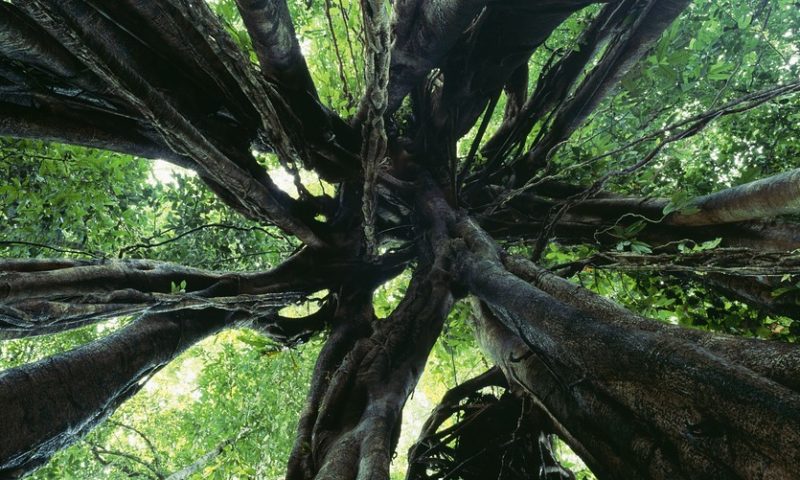 It’s the middle of the week, and even a glimmer of good news might push the S&P 500 past that big resistance level of 2,800 — one that plenty are keeping an eye on right now.

There are two big events to watch today that could have a say in the index’s ability to keep grinding higher. The first is Fed minutes, with markets looking out for more details on that dovish turn by the central bank, and whether it’s truly done hiking interest rates. Details about balance-sheet normalization will also grab attention.

As for the other focus — trade talks — there may be trouble afoot. A day after POTUS cheered up equities, saying there was no “magical” deal deadline, Bloomberg reports that the U.S. wants China negotiators to promise to keep the yuan stable as part of any agreement. The yuan USDCNY, -0.5800%  is moving right on up on that news.

Onto our call of the day, from Andrew Milligan, head of global strategy at Standard Life Investments , who tells MarketWatch that while the equity gains look pretty good from Christmas, it’s not backed by huge conviction right now, rather some fickle money.

“Investors will continue to put cash to work as long as they get a string of good news, but will turn quickly on their heels if they start to see flashing amber. There’s not much depth to this market rally, it hasn’t yet got deep roots,” Milligan said in an interview, Tuesday.

How will we know if these are gains we can keep counting on? He says it comes down to how quickly the stock market reacts to extreme news, noting that January and February have been slightly better on that front. Ugly downbeat retail sales data was definitely shaken off by stocks, and some downbeat corporate news over the past few weeks been taken in stride.

For investors to keep adding that risk and making this rally stronger, obviously a trade deal is needed and if the White House administration does announce tariffs on important auto and auto parts as feared, investors will definitely use that as an excuse to sell. Another big test will develop with earnings coming in the first and second quarter of 2019.

“We’ve seen relatively good earnings news in the fourth quarter for U.S. firms…that is going to slow very sharply into the first half of this year. It’s outlook statements from companies that will matter,” he said.

Milligan says they are looking to industrials and cyclicals to lead a market rally in the second half of the year. In the cyclical space, they like tech and MicrosoftMSFT, -0.13% on the view it’s a strong contender in the commercial cloud space and able to take on Amazon, as the e-commerce group has its tentacles in so many other places. Equinix EQIX, +0.58%  is another tech-cloud favorite of Standard Life.

Everywhere you look these days, global capital markets are sending up different signals, notes Chris Weston, head of research at Pepperstone Group. The S&P, for one, he says, is looking tired and will need more clarity on trade than the tired old “talks have gone very, very well,” to keep moving higher.

“The cash on the sidelines is still there, and the equity bulls will point this out all day, but we have priced in a lot of ‘going very well’ now and the risk of a ‘buy the rumor, sell the fact’ scenario grows by the day. We now need real meat on the bone and genuine dialogue that shows that the $200b tranche of goods currently the subject of 10% tariffs will not be put up to 25%, or sellers will hit the equity market,” he tells clients, in a note.

Our chart (s) of the day shows us what exactly he’s worried about. First up, he looks at high-yield investment-grade credit spread (green) as a guide for the S&P 500 (white-inverted) more broadly. In the past, a high yield spread will trend higher before the start of an equity bear market.

The below chart shows that spreads may widen, which could “act as a headwind for the S&P 500, but there are no glaring sell signals for equities, at this stage,” he said.

He’s also looking at the cyclical/defensive sector ratio (the white line). He says while volumes have been OK, “there no conviction to feel this is a reflection of better earnings and good will toward economics. If this ratio heads lower, indicating defensive sectors are working better, it could be a red flag for the equity market to roll over,” Weston said.

Tilray TLRY, +5.34%  is buying Manitoba Harvest for C$419 million, or $317 million, in cash and stock, the biggest acquisition yet for the pot producer.

Southwest LUV, -5.38%  is down after the airline warned that the government shutdown will hit the company much harder than it expected. Meanwhile, a chunk of planes have been grounded, and that could be linked to its dispute with mechanics.

POTUS’s big lender, Deutsche Bank DB, +0.57%  was super worried the Trump Organization might default on its loans, but decided not to restructure and not do any more business with their big client, for fears of a PR disaster, say sources cited by Bloomberg. Team trump says baloney.

Back on the trade front, Huawei Technology Co.’s founder and chief executive Ren Zhengfei said there’s “no way the U.S. can crush us,” in a spirited defense of his company, under pressure from pressure from the U.S. and its allies.

In its annual report, Tesla TSLA, -0.56%  says that cheaper Model 3 will be out at an unspecified point in the future.

Housing starts and building permits from January are due ahead of the open, followed by the Fed minutes from the latest meeting in the afternoon.

$4 million plus — That’s how much Vermont Sen. Bernie Sanders has raised in the first 12 hours of announcing his 2020 presidential bid, with nearly 150,000 donors opening their wallets.