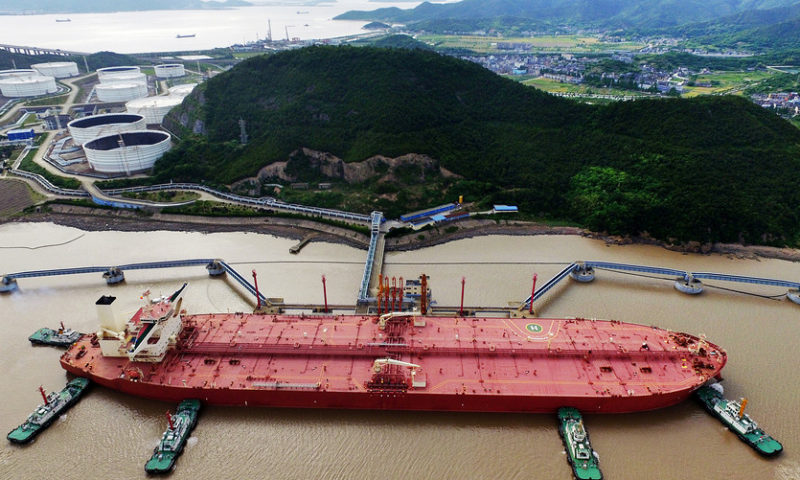 Crude-oil futures on Tuesday saw mixed trade, with international benchmark Brent crude edging lower, while the U.S. benchmark rose amid reports of falling Saudi Arabian exports. Trade talks between the U.S. and China were also being watched for further signs that could boost crude prices.

On Monday, U.S. markets were closed on Monday in observance of Presidents Day holiday. Last week, WTI prices posted a 5.4% weekly gain while Brent soared 6.7% over the same period.

Market participants pointed to bullish reductions led by the Organization of the Petroleum Exporting Countries and its allies as helping to foster recent gains in crude. “Saudi Arabia’s production cuts by more than the required level also serve to offset the lack of compliance by countries like Iraq,” said analysts at Commerzbank in a daily note. The cartel’s joint ministerial monitoring committee, or JMMC, which monitors OPEC members’ conformity levels to the cuts agreement, is due to meet in Azerbaijan on March 18.

The data confirmed comments from the Kingdom’s oil minister who said earlier this month that the country would further cut output. Data from ship-tracking firm Kpler showed fewer shipments had destined for the U.S., India, Thailand and South Korea in particular. “There is also evidence that Saudi Arabia has increased refinery throughput so far through February,” said Kpler, adding that departures of oil products have spiked to 1.56 million barrels a day, up 0.19 million barrels in the month.

Markets also were supported by the resumption of trade negotiations between the U.S. and China this week in Washington.

President Donald Trump is hoping to strike a deal ahead of the March 1 deadline when additional tariffs on Chinese goods are due to be implemented. With investors fretting over what no deal would mean for future macroeconomic growth, oil has been more correlated with equities in recent weeks. “In the short run it’s macro driven and strongly linked to developments in equities,” said Michael Poulsen, analyst at consulting firm Global Risk Management, referring to oil prices.

Looking more immediately ahead, the U.S. Energy Information Administration releases its weekly petroleum status report at 11 a.m. Eastern Time Thursday due to the Presidents Day holiday earlier in the week.