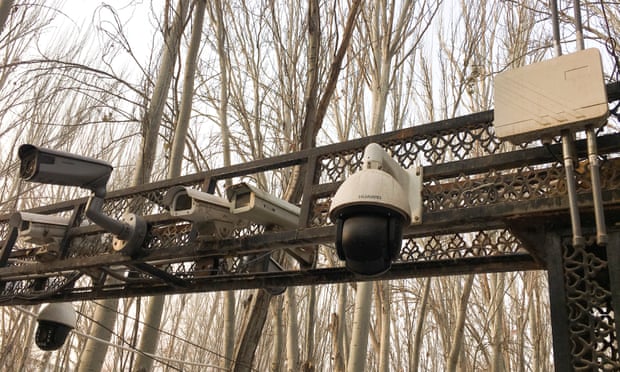 A Chinese surveillance company has been tracking the movements of at least 2.5 million residents in a province where Muslim minorities have been the target of a far-reaching security clampdown, internet experts have found.

It also included 6.7m location points of “trackers” that residents had passed in the last 24 hours, including mosques, hotels, police stations and internet cafes. Trackers can be CCTV cameras as well as handheld devices equipped with cameras or ID scanners.

In Emin county, trackers at five mosques in five villages were listed as having been “successfully registered”. The database, by Shenzhen-based SenseNets Technology, appeared to have been open and accessible by anyone for the last seven months.

“This insecure face recognition/personal verification solution is built and operated for only one goal. It’s a ‘Muslim tracker’ funded by Chinese authorities in the province of Xinjiang to keep track of Uyghur Muslims,” Gevers posted on Twitter.

China faces growing international criticism over its policies in Xinjiang, after a series of attacks in the 1990s and 2000s. Over the last three years, researchers and advocates believe 1 million Uighurs as well as Kazakhs, Hui and other Muslim minorities have been rounded up and detained in internment camps.

Those outside the camp are also closely monitored, with surveillance cameras mounted over villages, street corners, mosques and schools. Commuters must go through security checkpoints between all towns and villages, where they undergo face scans and phone checks. Last year Xinjiang residents were reportedly ordered to download an app that scans for specific content.

According to a report last year by Human Rights Watch, many Uighur families have QR codes fixed to their homes so local police can scan them for the family’s details.

SenseNets secured the database after Gevers flagged the breach. According to its website, the company offers “intelligent video analysis”, with facial recognition, real-time crowd analysis and verification software.

Neither SenseNets nor the Xinjiang regional government have commented on the database.

SenseNets works with Chinese police in several cities, including Wukan in Guangdong province, where mass protests were violently shut down in 2016 and the village put under tight control.

SenseNets says on its website that its work with the local public security bureau has resulted in “outstanding results” in “identifying the troublemakers”.