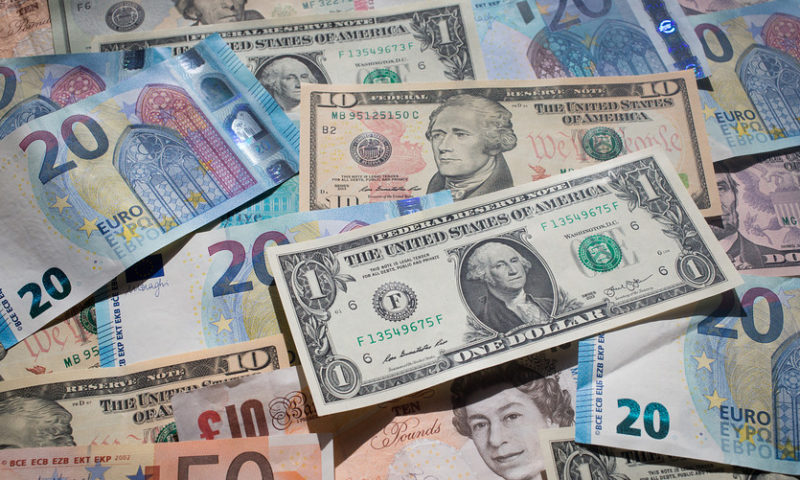 The U.S. dollar edged higher Friday, ahead of economic data, and Congressional moves that appear set to avoid a partial government shutdown, with President Trump expected to declare a national emergency on border security.

“Currencies were in a holding pattern on the final trading day of the week with majors contained to 20 pip ranges in Asian and European sessions as traders were content to tread water awaiting fresh news on the U.S.-China trade negotiations,” said Boris Schlossberg, managing director of currency strategy at BK Asset Management.

In the latest developments, trade talks are set to continue in Washington next week, after a round in Beijing wrapped up Friday with gridlock over key issues remaining. Friday morning, the White House said some progress had been made during the talks, according to CNBC.

Meanwhile, President Donald Trump is expected to sign a budget deal avoiding a renewed partial government shutdown late in the day, but he may also declare a state of emergency at the country’s southern border.

Trade data and the Empire state manufacturing index are due at 8.30 a.m. Eastern, as well as industrial production and capacity utilization at 9.15 a.m. Eastern, and consumer sentiment for February at 10 a.m. Eastern.

In European political news, Spain’s Prime Minister Pedro Sanchez called a snap election for late-April after his minority government was unable to get parliamentary approval for its budget proposal.

The British pound GBPUSD, +0.0547% was little changed at $1.2822, after January retail sales earlier showed signs of strength, beating expectations both on the month and on the year.