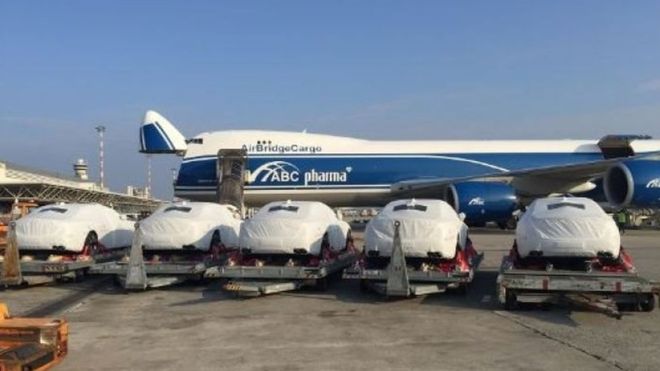 Police in Papua New Guinea are seeking the return of almost 300 cars, which were loaned to officials during last year’s Asia-Pacific Economic Cooperation (Apec) summit.

The luxury fleet was imported so visiting leaders could be driven around in style in a country mired in poverty.

But a police commander said on Tuesday that 284 vehicles are missing.

A special police unit has been assembled to find them in Papua New Guinea’s capital, Port Moresby.

“There are 284 vehicles that were issued to personnel to use during Apec that haven’t been returned as yet,” superintendent Dennis Corcoran, told news agency Reuters.

“All 40 of the Maseratis and the three Bentleys are in top condition and locked away in the old wharf shed down on the main wharf,” he said.

According to police, nine of the missing cars have been stolen, and some have had parts removed. Others were returned “pretty seriously damaged”.

Leaders of the South Pacific nation of 7.3 million people had hoped the global conference would attract investment and draw international attention to the country.

But hosting the event stretched the country’s resources, and it required assistance from other nations.

Australia, the US and New Zealand all sent special forces troops to make sure attendees would be safe.

At the time, both media and activists questioned whether it made sense for the poor Pacific country to host an international event like the Apec summit.

Critics saw the hundreds of official cars as symbolic of government waste.

US Consumer Prices Flat in January