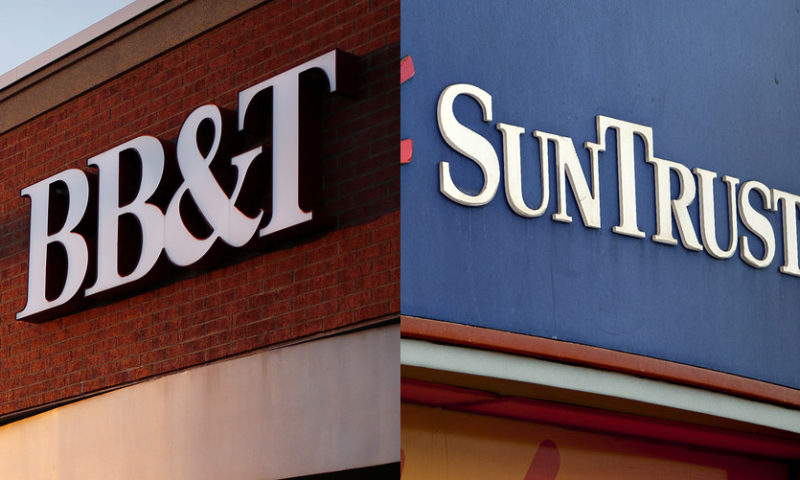 ‘This deal’s going to open the floodgates to a number of more bank acquisitions and a renewed wave of consolidation.’

Large regional banks SunTrust STI, -0.54%  and BB&T BBT, -0.44%  announced Thursday that they plan to combine in a roughly $66 billion all-stock merger, which is easily the largest bank merger since the 2008 financial crisis. The merged entity will become the sixth largest bank in the U.S. with around $442 billion in assets, $301 billion in loans and $324 billion in deposits.

SunTrust’s and BB&T’s customers aren’t the only people who will be affected by this merger. “This deal’s going to open the floodgates to a number of more bank acquisitions and a renewed wave of consolidation,” said Greg McBride, chief financial analyst at personal-finance website Bankrate.

A number of factors are driving the wave of mergers the banking industry. Regulatory requirements introduced in the wake of the financial crisis have driven up the cost of business, and merging is one way to reduce those costs. Other large regional bank mergers in recent years include a merger between Chemical Bank CHFC, -1.27%  and TCF Bank TCF, -1.27%  announced last month, the 2016 merger between Key Bank KEY, -0.59%  and First Niagara and the tie-up of Huntington Bancshares HBAN, -2.44%  and FirstMerit Bank, also in 2016.

‘If banks don’t come up with ways to innovate, they die.’

Banks could lose customers to other financial services firms, including online banks. Generally, these institutions are not regulated as heavily as traditional banks, meaning that consumers’ money could be at greater risk if the company they deposit it with were to go belly up.

“If banks don’t come up with ways to innovate, they die,” Petrou said. “Then consumers are left to do their banking with nonbanks. The migration of banking services to unregulated companies poses a lot of risks.”

In the meantime, the SunTrust-BB&T and other mergers will have major consequences for consumers.

Here is what banking customers should expect:

Not all mergers are created equally

McBride generally broke bank mergers down into two categories: There are mergers where the two companies don’t cover the same geographical area, and then there are the mergers where they do. It’s the latter category where customers will be most impacted, he said.

And while large deals like the latest one between BB&T and SunTrust command headlines, it’s the smaller deals that can have a greater effect on consumers. “Small bank mergers where there are two banks merging from different small towns can have particularly damaging effects on services in the town that’s being left behind,” Petrou said.

When banks combine, some services will improve

One of the biggest drivers behind bank mergers is having more money to put toward technological improvements, said Brian Karimzad, co-founder and head of research at personal-finance site MagnifyMoney. “What’s changed since we had a big bank merger is that people bank with an app,” Karimzad said.

SunTrust customers stand to benefit the most: BB&T, before the deal, had one of the highest-rated mobile banking apps in the industry, and their app is likely to remain in place, he added.

In many instances, branches will be closed

For BB&T and SunTrust’s existing customers, the merger will mean that they will have access to a wider branch and ATM network overall. At the same time, there’s a very strong chance that their local branch will close.

One statistic that came out of the BB&T-SunTrust deal was that some 740 of the two banks’ 3,100 branches were within 2 miles of each other. That’s an unsustainable model at a time when banks are already closing branches as more customers turn to online and mobile services for their banking needs.

“Otherwise, they’ll turn into Starbucks SBUX, +0.88%  because they’re so close together,” Petrou said.

The remaining branches could also be overhauled. Rather than remaining as small, neighborhood bank branches, they could be expanded to provide a wider array of other services, such as communal workspaces or cafes.

A merged bank will typically have greater market share. With less competition in the local market, consumers could see less attractive rates on checking and savings accounts and even mortgages, despite increased competition from online-only banks. “Until consumers and business get smarter about where they’re keeping their money most banks are not going to compete on price,” McBride said.

A merger can cause any number of basic banking services to become more complicated in the short-term. Routing and account numbers can change, which can complicate direct deposits and automatic bill payments. Credit-card holders may need to visit a different website to pay their monthly bills, and back-office systems such as customer support will likely change.

“Some of that tends to happen at a more glacial pace. But there’s always a possibility for a hiccup or snafu at each point,” McBride said.