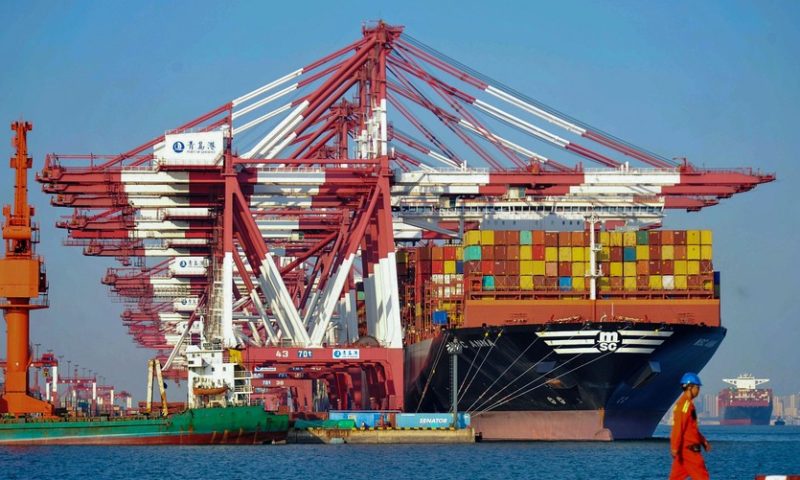 The Dow Jones Industrial Average bucked the trend to finish the session weaker but posted weekly gains, extending its winning streak for a seventh week, highlighting the underlying strength in the market.

The U.S.-China trade war remains a core issue for investors, with Asian markets picking up the selling baton after U.S. President Donald Trump confirmed reports that he had no plans to meet with Chinese President Xi Jinping before a March 1 trade-deal deadline. CNBC, however, reported that the U.S. is likely to keep tariffs at 10% rather than raise them to 25% as scheduled.

Adding to the tensions was a report that Trump is expected to sign an executive order next week banning Chinese wireless equipment from U.S. networks ahead of the MWC Barcelona conference at the end of this month. Politico reported that the move was aimed at protecting the U.S. from cyber threats.

Nagging global growth worries also weighed on the market with investors concerned that China’s slowdown has hit Europe after weak data and forecasts from the region.

“Thursday’s weakness negated much of the last week’s gains, but gains that were starting to show evidence of fatigue. The percentage of issues above their 20-day moving average has been contracting for a little over a week, as high beta has been underperforming low beta, and 2-year yields have remained uninspiring,” said Jeff deGraaf, chairman of Renaissance Macro Research, in a note.

“The new wrinkle has been the increased optimism as seen [through] option data, the small trader’s net-long positioning in the CFTC [data] and increase in the Investor’s Intelligence Bull/Bear ratio,” he said. “Each suggests a pause for equity performance, and given the proximity to resistance and internal divergences, we’re sympathetic to that notion.”

“Up to now the markets have been optimistic about a trade deal being reached, despite little solid evidence. Trump’s stance is now rattling investor nerves just weeks before the deadline,” said Jasper Lawler, head of research at London Capital Group, in a note to clients.

“With U.S. corporate earnings starting to dry up, traders’ full focus will soon be back on trade developments. With no deal in sight this will have a negative bias on equity market flows,” he added.

Shares of Arconic Inc. ARNC, -3.28% fell 3.3% after the maker of aluminum products beat earnings estimates for the fourth quarter and said it would reorganize its portfolio and spin off a business.