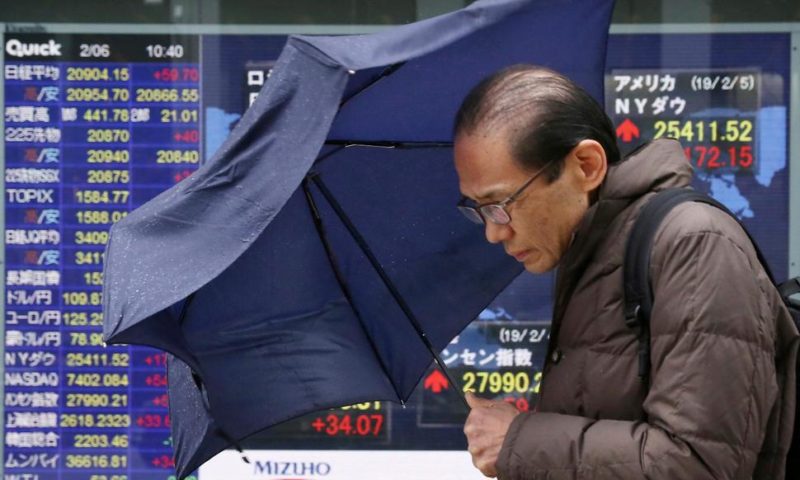 The address raised no fresh concerns, though Trump reiterated his determination to protect American jobs and get China to make structural changes to its economy to help curb its trade surplus with the U.S.

British Prime Minister Theresa May was due to meet with major political parties in Northern Ireland in a bid to end an impasse over her proposal for Britain’s departure from the European Union.

Asian benchmarks were higher though most regional markets remained closed for the lunar new year holidays. Trump’s speech raised no fresh concerns, though he reiterated his insistence that China make structural changes to its economy to curb its trade surplus with the U.S.

CHINA-US TRADE: Positive sentiment was supported by reports from Washington, citing unnamed sources, that say U.S. Trade Representative Robert Lighthizer and Treasury Secretary Stephen Mnuchin plan to travel to Beijing next week for the next round of talks aimed at resolving trade and technology-related disputes that have led to both sides imposing tariffs on billions of dollars’ worth of each other’s products.

Australia Has the Highest Rates of Cancer Worldwide