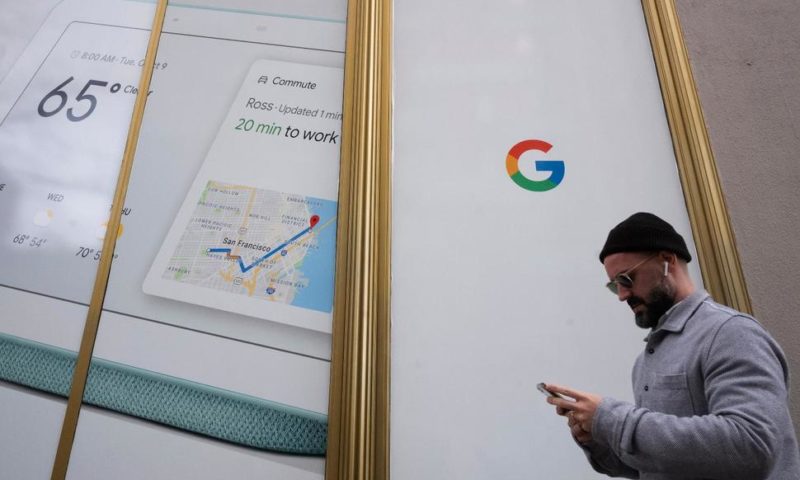 Alphabet swung to a profit of $8.9 billion, up from a $3 billion loss in the same period a year ago due to the effects of a new federal tax law. Its revenue grew this quarter to $39.3 billion, up more than 21 percent from $32.3 billion last year.

Alphabet’s earnings per share of $12.77 beat Wall Street expectations of $10.86 per share, according to analysts polled by FactSet.

But Alphabet also spent more on research and development and other expenses during the quarter, as it works to expand its cloud computing business and its long-term bets such as self-driving cars.

Alphabet’s stock price dropped roughly 3 percent despite the beat in after-market trading Monday. Analysts attributed the decline to Alphabet’s increased investment in its cloud business, YouTube and other areas it hopes to grow.

Executives noted the company’s focus on expanding the cloud business during a call with analysts Monday, as it races to compete against rivals Amazon and Microsoft in the growing industry. Amazon currently leads in that market, followed by Microsoft and Google in a somewhat more distant third place.

Late last year, Google brought in former Oracle Corp. executive Thomas Kurian to lead its cloud business into what it hopes to be a rapid growth stage. Cloud bets are likely to start paying off in the coming years, said Wedbush Securities analyst Daniel Ives. And it would be short-sighted to count Google out, though Amazon and Microsoft’s businesses are larger.

“I think Microsoft and Amazon need to keep one eye open with Google,” he said.

Google revenues from its “other” category, which includes what it pulls in from cloud services and hardware, climbed more than 30 percent to $6.5 billion in the fourth quarter.

Alphabet’s Other Bets business, which includes its self-driving car company Waymo and health-tech venture Verily, saw revenue rise to $154 million, up from $131 million in the year-ago period. But operating losses also ballooned to $1.3 billion, a 78 percent increase since the year-earlier quarter.

Alphabet shares have climbed 9 percent since the beginning of the year, while the Standard & Poor’s 500 index has risen roughly 9 percent. In the final minutes of trading on Monday, shares hit $1,141.42, a rise of 2 percent in the last 12 months.

What does the stock market’s Super Bowl Predictor say about 2019?

Eurozone Growth Falters Further at the Start of 2019: Survey