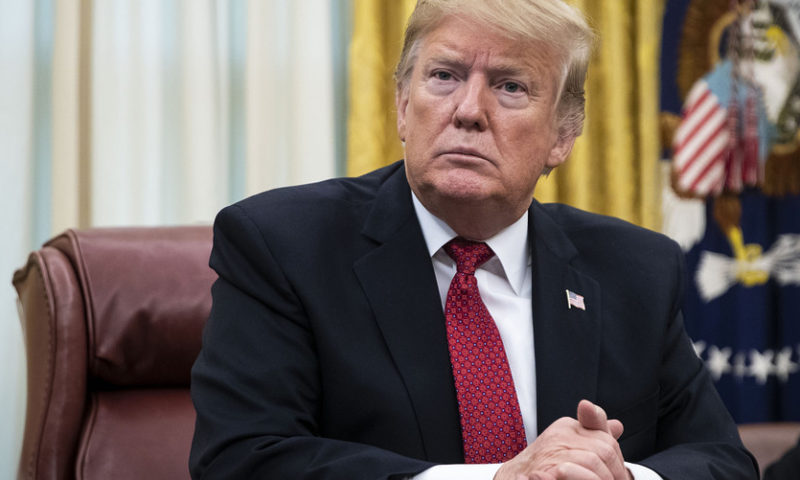 Negotiations with Congress are a waste of time if Democrats won’t discuss border-wall funding, President Donald Trump said Thursday, vowing to build a wall with or without congressional approval.

“If she doesn’t approve the wall, the rest of it’s just a waste of money and time and energy.”

Pelosi has adamantly opposed any funding to build a wall along America’s southern border, and the specter of another government shutdown looms in two weeks, when a temporary funding deal expires. A 17-member panel of lawmakers has been tasked with reaching a border-funding compromise.

Trump suggested in the interview that an emergency order could be issued if Congress won’t allocate the $5.7 billion that he’s demanded for the wall. “I’ll continue to build the wall, and we’ll get the wall finished,” he told the Times. “Now whether or not I declare a national emergency — that you’ll see.”

About Pelosi, Trump said: “I’ve actually always gotten along with her, but now I don’t think I will any more. . . . I think she’s doing a tremendous disservice to the country.”

When asked about a number of other subjects, Trump said he ”never did” speak to Roger Stone about WikiLeaks during his campaign; denied he was tampering with witnesses through his tweets; and said testimony by his intelligence chiefs earlier this week was mischaracterized by the media, despite the fact that video of the hearing was shown, along with a 42-page written transcript.

He also called being president a “loser” job, financially. “I lost massive amounts of money doing this job,” he said. “This is not the money. This one of the great losers of all time. You know, fortunately, I don’t need money.”