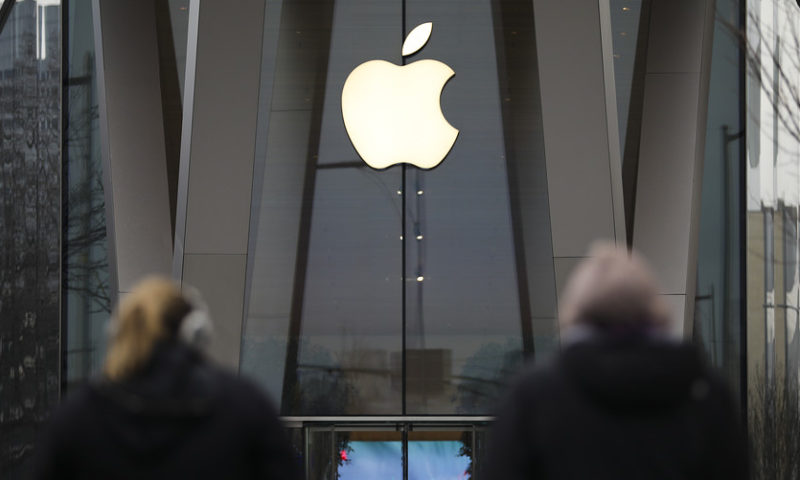 Apple Inc. shares are heading higher in premarket trading, but that doesn’t mean that the company has turned a corner.

Following Apple’s AAPL, +6.83%  fiscal first-quarter earnings report, in which the smartphone maker reported disappointing revenue in line with its preannouncement and delivered a downbeat forecast as well, analyst sentiment is decidedly mixed on what the near future holds for the company.

“This quarter was clearly about investors putting bookends around downside risks to Apple’s iPhone unit volume outlook and the F2Q19 revenue guidance of $55 billion to $59 billion managed to reassure investors that volume risks are largely priced in the shares at current valuation,” wrote J.P. Morgan’s Samik Chatterjee, who has an overweight rating and $228 target price on the stock.

He said that buy-side expectations for the March outlook were below the $59 billion that sell-side analysts had been projecting, which is likely behind the “positive reaction” in the share price. Now that the company has set expectations for future iPhone volumes, investors should be able to focus more on the company’s services business, Chatterjee said.

Apple reported the gross margin of its services business for the first time, which came in higher than Caso expected, at 62.8%. But the company’s latest disclosures lead him to believe that the iPhone segment’s gross margin is closer to the company average and on pace to decline by 350 basis points on a quarter-over-quarter basis for the March period, “perhaps reflecting some of the discounting now being observed.”

He has a market perform rating on the stock.

Oppenheimer analyst Andrew Uerkwitz said the recent decline in iPhone gross margins was “especially troubling,” given that the increased cost of an iPhone is lifting Apple’s average selling prices, though the company no longer reports that metric. Following management’s admission that iPhone prices seem to be affecting purchase patterns, Uerkwitz wonders if the company will change its strategy at all: “We are not sure such observation will eventually impact design and pricing considerations but we believe pricing will stay a major hurdle if Apple chooses to protect hardware margin at 30%-plus.”

One positive element of the report, in his view, was Apple’s disclosure that it experienced record services revenue in China during the holiday quarter despite a government freeze on new gaming approvals that impacted App Store spending there. He rates the stock at perform.

Needham analyst Laura Martin is focused on Apple’s announcements around its installed base: The company has 1.4 billion unique active devices in its ecosystem, including more than 900 million iPhones. The iPhone installed base grew by 75 million from a year earlier.

“We believe the best way to value Apple is as an ecosystem with de facto ‘subscribers,’ because our research indicates an average iOS consumer stays within the Apple ecosystem for 10 years,” wrote Martin, who has a buy rating and $180 price target on the shares. She said the company is providing “new and better metrics” after deciding to end its practice of disclosing iPhone units sales.

Less encouraging was Apple’s total revenue from Greater China, which came in at $13.2 billion, down from $18 billion a year earlier, and accounted for the company’s overall revenue shortfall.

“While this seems temporary, we estimate that Apple still sold 35 million units in China last year, which could get worse this year,” wrote BMO Capital Markets analyst Tim Long, who has a market perform rating and $153 target on shares.

One other trend to pay attention to: the Apple Care insurance product, which the company admitted was starting to decelerate in growth.

“We now assume AppleCare is currently peaking, and will begin rolling off in the coming quarters – roughly three quarters ahead of our prior expectations due to flattening ASPs and reflecting the expected iPhone unit decline,” wrote Caso of Raymond James. “We think that drives services deceleration over the next several quarters.”

He thinks Apple’s stock “will eventually be buyable” as the 5G cycle heats up, but he argued that this year’s new iPhone models likely won’t offer many significant feature enhancements.

Jefferies analyst Tim O’Shea also thinks that 5G represents “the key catalyst” for Apple, but he calls that “more of a 2020 or 2021 story.” He rates the stock at hold with a $160 price target.

Apple shares have fallen 27% over the past three months, as of Tuesday’s close, compared with a 1.2% fall in the Dow Jones Industrial Average DJIA, +1.77% of which Apple is a component.

House Democrats roll out bill that would expand Social Security