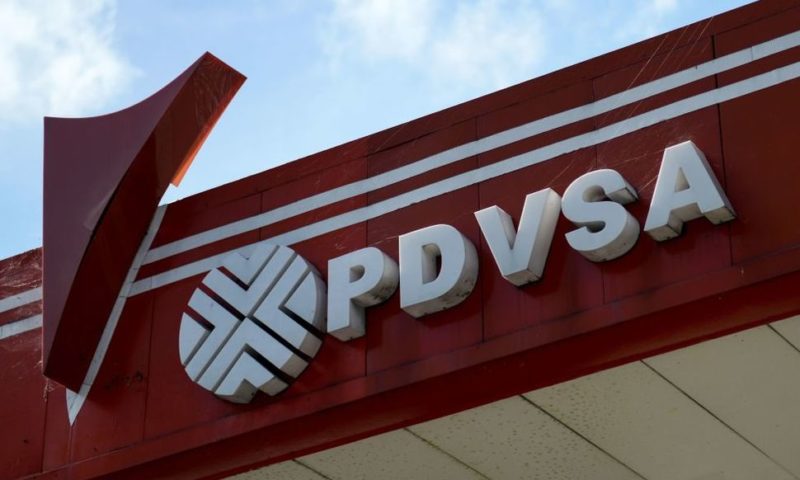 THE TRUMP administration on Monday imposed sanctions against Venezuela’s state-owned oil company, a move aimed at ramping up pressure on President Nicolas Maduro to formally step down and recognize opposition leader Juan Guaido as the country’s legitimate head.

National security advisor John Bolton and Treasury Secretary Steven Mnuchin announced sanctions against the company, which is known by its acronym PDVSA, calling the company “a vehicle for corruption.” The sanctions will include a freeze on any assets the company holds in the U.S. and will bar Americans from doing business with the firm.

Mnuchin said lifting the sanctions is pursuant to the transfer of power to Guaido, whom the administration recognized as the country’s legitimate interim president last week, or to a subsequent, democratically elected government.

“The United States is holding accountable those responsible for Venezuela’s tragic decline, and will continue to use the full suite of its diplomatic and economic tools to support Interim President Juan Guaidó, the National Assembly, and the Venezuelan people’s efforts to restore their democracy,” Mnuchin said.

The sanctions are not likely to substantially increase prices at the pump, but could impact oil refiners.

The sanctions will go into effect immediately, Mnuchin said, and money from any purchases of Venezuelan oil by U.S. actors will go into blocked accounts that will be released when the sanctions are terminated.

Though Mnuchin said PDVSA was hearing of the sanctions for the first time Monday afternoon, Republican Senator Marco Rubio of Florida voiced support for the move before it was announced.

“The Maduro crime family has used PDVSA to buy and keep the support of many military leaders,” Rubio said in a statement. “The oil belongs to the Venezuelan people, and therefore the money PDVSA earns from its export will now be returned to the people through their legitimate constitutional government.”

Though Venezuelan imports to the U.S. have fallen substantially over the last decade, the country has been the third or fourth largest supplier of crude oil to the U.S., the Associated Press reports. The country is reliant on the U.S. for oil revenue, and sends 41 percent of its exports to the U.S., according to the AP. Citgo is one of the largest importers of Venezuelan crude oil.