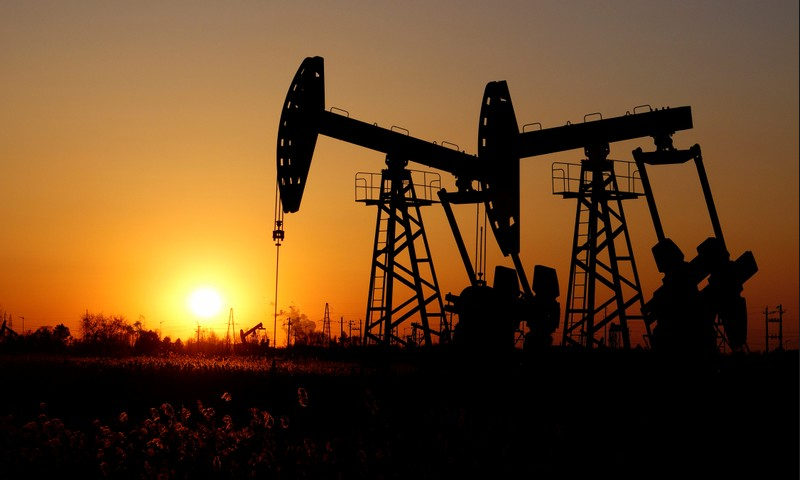 LONDON – Oil fell 1 percent on Monday after U.S. companies added rigs for the first time this year, a signal that crude output may rise further, but the price is still on course for its strongest gain in the month of January for 14 years.

The ongoing trade dispute between the United States and China looks unlikely to end any time soon and the impact of the dispute on the Chinese economy is increasing.

“The increase in drilling activity in the U.S. as reported by the oil service provider Baker Hughes on Friday evening is generating headwind,” Commerzbank said in a note.

“Clearly the significantly lower prices in the fourth quarter are prompting shale oil producers to exercise restraint. Because prices have risen considerably since the start of the year and there is a high number of drilled but uncompleted wells, drilling activity is likely to recover soon.”

Even with all the uncertainty over the outlook for demand and evidence of growing supply, the oil market has benefited this month from the start of another round of production cuts by OPEC and its partners, as well as robust trade in physical barrels of crude led by China.

The price has risen by 12 percent so far in January, the largest increase in percentage terms in the first month of the year since 2005, when it rose by 14 percent.

Investors have added to their bets on a sustained rise in the oil price this month for the first time since September, according to data from the InterContinental Exchange.

But much of the demand outlook hinges on China and whether or not its refiners will continue to import crude at 2018’s breakneck pace.

Industrial companies in China reported a second monthly fall in earnings in December, despite the government’s efforts to support borrowing and investment.

U.S. stock futures fall in a week packed with earnings and a Fed update