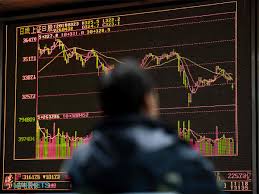 Equities were chosen to be the best global asset class this year, followed by emerging-market credit and cash, according to a survey of attendees at a Goldman Sachs Group Inc. conference last week in Hong Kong.

“Politics and trade friction are considered to be the biggest risks to equities, followed by economic recession.”

The survey comes after a year in which uncertainty about everything from the Federal Reserve’s rate trajectory to global trade policy to economic growth and corporate earnings has risen. The MSCI All-Country World Index fell 11 per cent in 2018, its worst performance since 2008, and other asset classes struggled mightily as well.

In terms of regions, 53 per cent believe Asia ex-Japan will perform the best, with the US ranked best by 21 per cent.

By industry group, technology led the pack with 32 per cent, while consumer stocks got 21 per cent of votes. The survey found some division with a question on which central bank will surprise the most.