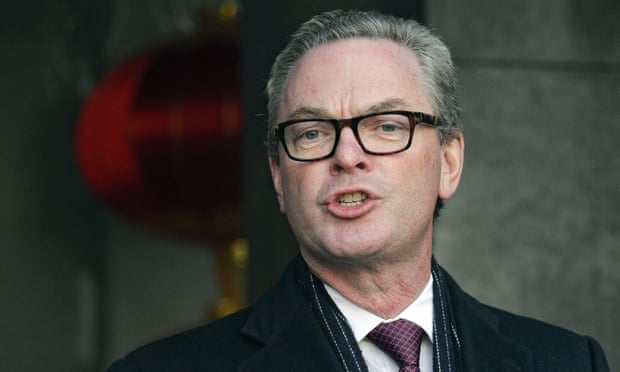 Christopher Pyne is set to call on China to act with greater responsibility in the South China Sea and avoid the “might is right” approach to diplomacy used by isolationist regimes such as Russia.

The defence minister will also stress in a speech in Singapore on Monday that no country wants to stifle China’s growth and prosperity in the region, which is playing “host to the defining great power rivalry of our times between the United States and China”.

But he will call on China to rethink its approach in the South China Sea as that has eroded regional confidence and increased anxiety, according to a copy of his speech.

“Resolving disputes in the South China Sea in accordance with international law would build confidence in China’s willingness to support and champion a strategic culture that respects the rights of all states,” Pyne will say.

While his speech does not directly name Russia, the minister will make a thinly veiled swipe at its annexation of Crimea from Ukraine in 2014 and refer to Vladimir Putin’s government as an “oligarchy” that is threatening the international rule of law.

“It is under threat from oligarchies who think it is their birth right to simply annex their neighbour at will,” Pyne’s speech says.

“It is under threat from countries who treat all of cyberspace like their own personal fiefdom, to do with as they will; to take what is not rightfully theirs.”

Pyne will pledge Australian support for multilateral activities in the South China Sea to demonstrate to China that they are international waters, if required.

“In an age of increasing interdependence, a ‘might is right’ approach serves the long-term interests of no country,” the minister will say.

“We fall short of our economic potential when parties choose to withdraw behind walls and withdraw from mechanisms designed to make us stronger.

“Australia envisages a region that is more closely integrated and where we all collectively reject isolationism.”

Pyne’s speech shrugs off previous suggestions of a potential “cold war” between China and the US in the Indo-Pacific.

“It’s a simplistic and unsophisticated characterisation of what is a much more complex and dynamic geostrategic paradigm,” he will say.

“Any division of the region into cold war-like blocs is doomed to failure, since it would necessitate false choices between prosperity and security.”