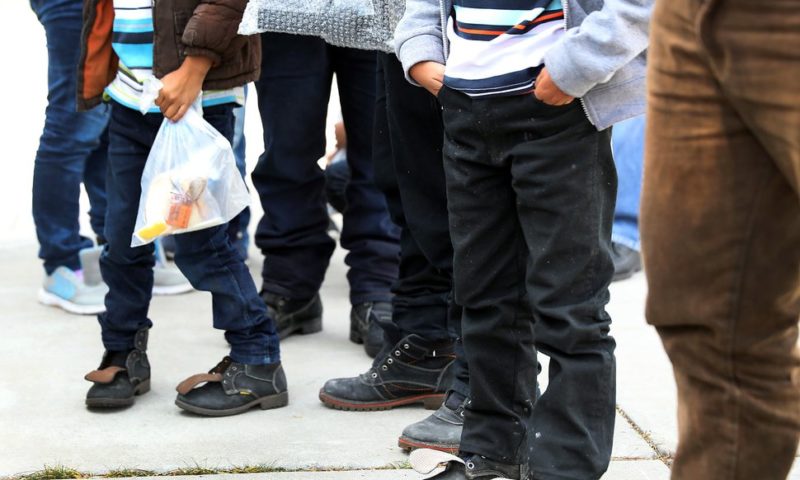 The move marks a major shift in U.S. asylum policy.

THE TRUMP administration on Friday began forcing some asylum seekers in the U.S. to return to Mexico while their claims are processed by immigration courts.

The move marks a sweeping change to U.S. asylum policy. Previously, people seeking asylum because they feared returning to their home countries either were taken into custody as their claims were reviewed or given dates to return for a hearing and released.

Under the new policy, called the Migrant Protection Protocols, most non-Mexican migrants who request asylum after presenting themselves at U.S. border crossings or entering the country illegally between ports of entry will now be required to wait in Mexico. They will join thousands of other migrants also waiting as their asylum claims are processed.

“The MPP will provide a safer and more orderly process that will discourage individuals from attempting illegal entry and making false claims to stay in the U.S., and allow more resources to be dedicated to individuals who legitimately qualify for asylum,” the Department of Homeland Security, which plays a leading role in immigration enforcement, said in a statement.

The new policy reportedly will not apply to children traveling without a parent or guardian; however some news reports have indicated that Mexican officials have started preventing some unaccompanied minors from reaching the U.S. border.

Migrants who reach the U.S. have a legal right to claim asylum. The measure, first reported by Reuters and further detailed by Vox, will almost certainly face a legal challenge, and it stoked outrage from civil rights and immigration advocacy groups.

“This policy goes against the moral and legal obligations this country has to offer safe harbor to those seeking safety from persecution,” Archi Pyati, chief of policy at the Tahirih Justice Center, said in a statement. “There is no doubt that the Remain in Mexico policy will cause serious harm to asylum seekers. They will not have access to U.S. trained immigration attorneys with expertise in asylum. That will cause the majority to lose their cases even if they qualify under the law.”