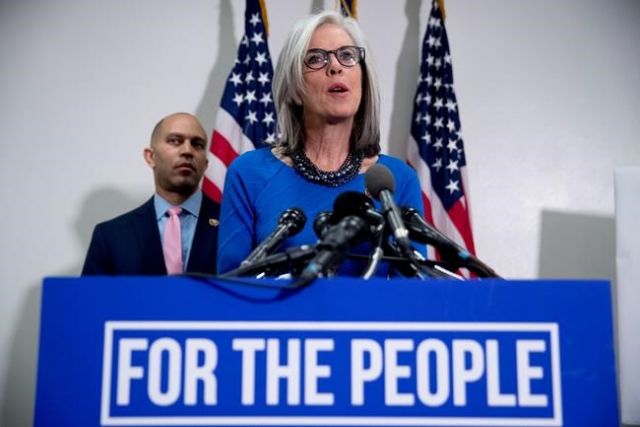 House Democrats, feeling pressure to display their vision for border security, are preparing a package that would ignore President Donald Trump’s demand for $5.7 billion for a wall with Mexico and would instead pay for other ideas aimed at protecting the border.

As the government slogged through a record 33rd day of its partial shutdown Wednesday, details of Democrats’ border security plan and its cost remained a work in progress, though some said it might match Trump’s $5.7 billion figure. Party leaders said it would include money for scanning devices and other technological tools for improving security at ports of entry and along the boundary, plus funds for more border agents and immigration judges.

“If his $5.7 billion is about border security, then we see ourselves fulfilling that request, only doing it with what I like to call using a smart wall,” said No. 3 House Democratic leader Jim Clyburn, D-S.C.

Democrats’ movement toward producing a plan, which they said they expected to unveil this week, was significant because it underscored a growing uneasiness with letting Trump cast them as soft on border security. It came as the Senate prepared for Thursday votes on rival plans for reopening federal agencies and paying 800,000 federal workers who are days from missing yet another paycheque.

Republicans would couple ending the shutdown with financing Trump’s wall and revamping immigration laws. Democrats would reopen agency doors through Feb. 8 while bargainers seek an accord.

Both faced likely defeat, but that might spur the two sides into a more serious effort to strike a compromise when each saw it lacked the votes to prevail. Both proposals would need 60 votes to pass in a chamber with 53-47 Republican control.

Schumer, D-N.Y., called on Senate Republicans to abandon Trump despite his sway with conservative voters, saying, “I know that President Trump has some power in these Republican primaries, but sometimes you have to rise to the occasion.”

A poll by The Associated Press-NORC Center for Public Affairs Research released Wednesday was the latest indicator that the shutdown is hurting Trump with the general public. While his approval among Republicans remains strong, just 34 per cent of Americans like his performance as president and 6 in 10 assign a great deal of responsibility to him for the shutdown, around double the share blaming Democrats.