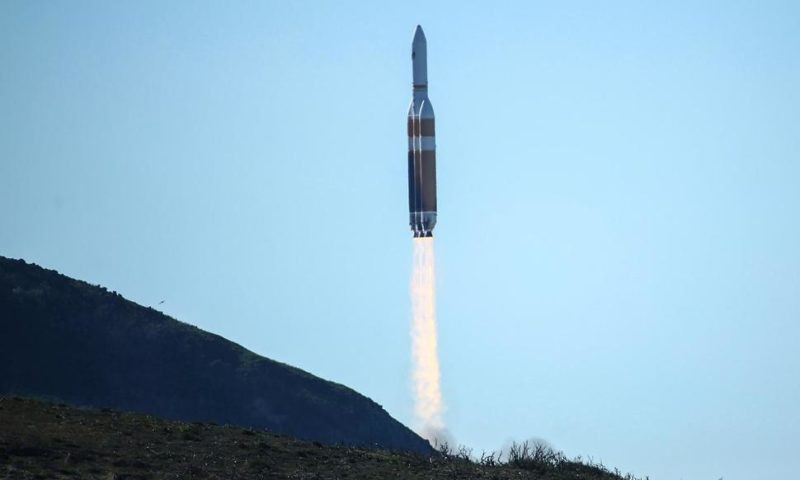 THE OFFICE OF THE Director of National Intelligence released a new intelligence strategy on Monday, updating for the first time since 2014 the document that governs the threats facing the United States, sets priorities, and details how the government should respond in the near future.

“We face a significant challenge in the domestic and global environment; we must be ready to meet 21st century challenges and to recognize emerging threats and opportunities,” DNI Dan Coats wrote in a note accompanying the strategy. “To navigate today’s turbulent and complex strategic environment, we must do things differently.”

Among the most immediate changes in the new strategy is a reflection of President Donald Trump’s emphasis on preparing for space as a warfighting domain. The subject was not mentioned in the 2014 document, but in the latest version receives its own section among the most pressing threats.

“No longer a solely U.S. domain, the democratization of space poses significant challenges for the United States and the IC,” the document states, using an abbreviation for the 17 offices and agencies that make up the intelligence community. It specifically cites Russia and China’s pursuit of “a full range of anti-satellite weapons as a means to reduce U.S. military effectiveness and overall security,” as well as threats to communications and both commercial and government interests.

The strategies are released every four years and the latest document is the fourth ever issued by the office, created as part of the broader intelligence reorganization in the aftermath of the Sept. 11 attacks.

Many other themes remain consistent from the 2014 version. China and Russia as near-peer competitors are a central feature, as are Iran and North Korea’s pursuits of nuclear and missile technology.

And unlike the latest National Defense Strategy – a similar version of the document produced by the Pentagon – language regarding climate change remains in the 2019 intelligence document, referencing broader societal threats: “Pressure points include growing influxes of migrants, refugees, and internally displaced persons fleeing conflict zones; areas of intense economic or other resource scarcity; and areas threatened by climate changes, infectious disease outbreaks, or transnational criminal organizations.”

The last version of the document, produced under then-Director Jim Clapper, was the first to address a code of conduct for intelligence operators, following a string of high-profile leaks that led to increased public scrutiny about how agencies conduct surveillance and other acts of espionage. Coats hinted at that continued struggle – including increased scrutiny and skepticism from many in Congress – in a statement accompanying the document’s release.

“Transparency will be our hallmark, and I cannot stress this enough – this is not a limitation on us,” the former Republican senator from Indiana said. “Transparency will make us stronger. It is the right thing to do, across the board. This is the reason we publish the NIS at the unclassified level.”

Japan Woos New Faces From the Outside