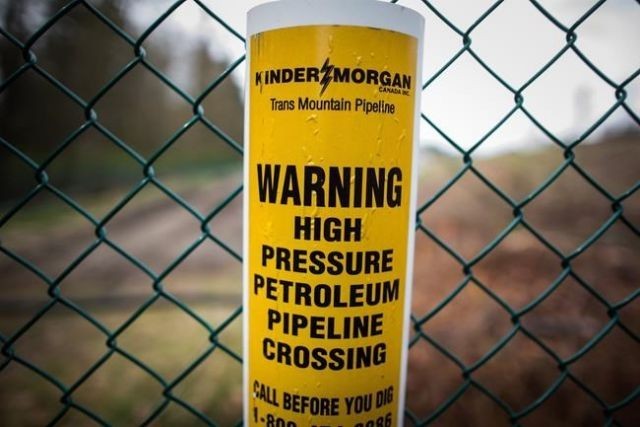 An environmental group wants the National Energy Board to reconsider the Trans Mountain expansion project’s impact on climate change, especially in relation to greenhouse gas emissions and the marine environment.

Stand.earth filed a motion with the board asking it to apply the same standard to the project as it did with the Energy East pipeline, before it submits its final report to the federal government on Feb. 22.

The group’s spokesman Sven Biggs says the board rejected the group’s attempts to put climate change on the agenda in 2014 and again last year but scientists have recently said its impacts are worse than expected so the issue is more pressing.

Biggs says the federal government has never done a proper climate review of the Trans Mountain project but there’s still a chance that could change.

Stand.earth says the project would lead to more carbon dioxide in the air getting absorbed into the ocean, causing higher acidity levels that would impact endangered killer whales.

A spokesman for the board says the submission had not yet been reviewed on the project.

The Federal Court of Appeal quashed Ottawa’s approval of the project last August, saying Canada failed to meaningfully consult with First Nations and that the board decision failed to examine how the project would affect the ocean ecosystem.