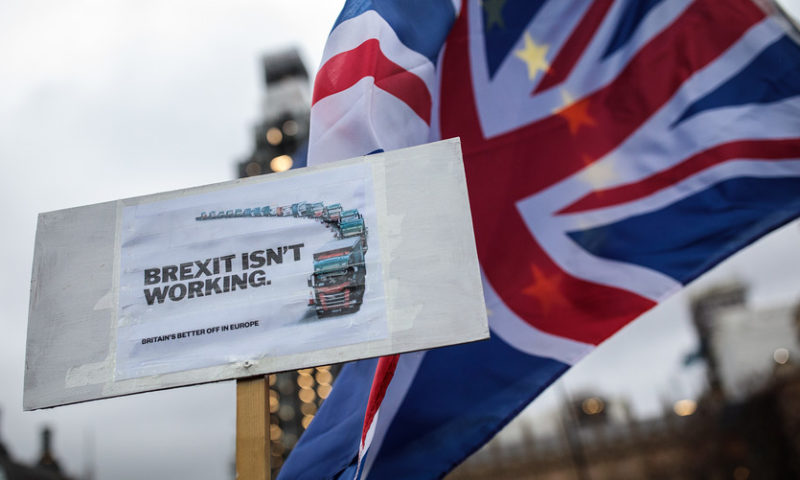 The U.K. government wants to postpone its March 29 exit from the European Union, but Prime Minister Theresa May cannot say so openly, according to one of the senior parliamentarians.

Yvette Cooper, the chair of parliament’s Home Affairs committee, is leading a new effort within the U.K. legislature to get a postponement. She told the BBC this morning she believes May and other government ministers privately support the idea.

The UK’s Brexit policy is essentially deadlocked following the prime minister’s crushing defeat on her Brexit plans on January 15. Cooper, a politician from the UK’s opposition Labour Party, will put her proposal to parliament today, after a scheduled address from May on what her next steps will be.

Another proposal, from pro-European rebel Conservative Dominic Grieve, would give parliament the power to hold a series of “indicative votes” to determine what form of Brexit could command majority support.

The pound was trading largely flat this morning, as May faces her latest parliamentary showdown. The British currency fell 0.02% to $1.2871 as of 12:51 GMT.

The days ahead: what to watch for…

Monday, Jan 21: Theresa May’s statement in Parliament on how she will proceed after the defeat of her Brexit plans. It is expected she will seek further concessions from the EU, and present her plans again, but EU politicians have indicated they will hold firm. And during the week ahead, MPs will now have the opportunity to put their own proposals.

Tuesday, Jan 29: MPs will vote on May’s proposal and others. The U.K. parliament is believed to have a majority against the idea of crashing out of the EU without any withdrawal agreement in place, with many MPs fearing serious economic disruption.

On January 8, a thin majority of MPs voted against giving the government extra money to prepare for such a “no deal” outcome – a symbolic vote intended to demonstrate this majority exists. That could also produce a vote in favor of Cooper’s proposal to delay. But “no deal” remains the default outcome on March 29 if no other steps are taken.