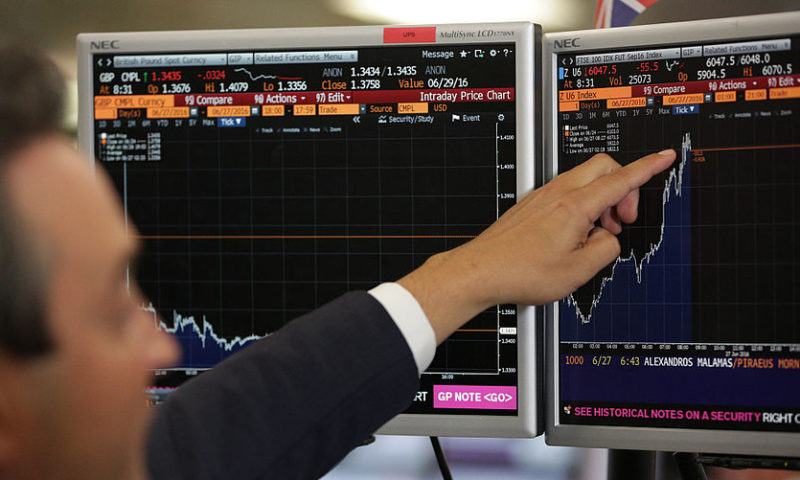 The stock market closed higher Friday, extending its winning streak to a fourth session, on media reports that stoked hopes for progress in trade talks between the U.S. and China. Optimism over a potential bilateral deal helped to offset worries about the prolonged partial government shutdown and mixed corporate results.

Upbeat expectations on trade were reinforced by a Bloomberg report that Chinese officials have offered to increase imports from the U.S. by $1 trillion over the next six years, a plan that would reportedly bring the U.S. trade deficit with China to zero by 2024.

The latest developments come on the heels of a Thursday report from The Wall Street Journal that U.S. officials were debating lower tariffs on Chinese imports to give Beijing an incentive to make deeper concessions over the trade dispute.

A Treasury spokesman walked back the report, telling the newspaper that any bargaining positions remained “at the discussion stage.” The source also said neither Treasury Secretary Steven Mnuchin nor U.S. Trade Representative Robert Lighthizer has made any specific trade-related recommendations and talks were still ongoing.

Meanwhile, investors continue to digest a new round of earnings reports, including those from Netflix Inc. NFLX, -3.99% , which reported strong subscriber and profit growth after the bell on Thursday but missed on revenue.

The U.S. government’s partial shutdown is in its 28th day with no sign of resolution amid warnings that a prolonged political standoff will hurt economic performance.

U.S. industrial production rose 0.3% in December, the Federal Reserve reported Friday morning, in line with expectations, per a MarketWatch poll of economists.

The University of Michigan’s consumer confidence index fell to a more than two-year low of 90.7 in January, down from 98.3 in December, and well below expectations of 97.5, according to a MarketWatch economist poll.

New York Fed President John Williams, a voting member of the rate-setting Federal Open Market Committee, said that the Federal Reserve should respond “carefully” to a U.S. economy that appears to be slowing, in a speech to the New Jersey Bankers Association’s Economic Leadership Forum.

Philadelphia Fed President Patrick Harker, a nonvoting member of the FOMC, said in a speech that “overall the economy is doing well,” but that the good economy isn’t yet benefiting some workers who lack the skills and social capital get hired by companies in need of labor.

“Other than a few exceptions, bank earnings have been good, which reflects well on the overall economy,” he said, pointing to SunTrust Banks Inc.’s Friday earnings report as an example of a regional bank outperforming expectations.

“With the shutdown slowly taking 0.1 percentage point of GDP each week, the president knows a victory in resolving the trade war can give him leverage on continuing his battle with Democrats on his border wall funding,” wrote Edward Moya, market analyst at OANDA, in a note.

“Yesterday’s Wall Street Journal report that Treasury Secretary Steven Mnuchin reportedly proposed the idea of lifting some or all the tariffs gave stocks a strong bid. It was quickly refuted by the Treasury, but story shows how anxious markets are in looking for positive momentum to continue with trade talks,” he added.

Shares of Tiffany & Co. TIF, +5.35%  climbed 5.4% even after the luxury jewelry retailer reported lower holiday-period sales from a year ago and provided a downbeat full-year profit and sales outlooks. The stock has fallen nearly 35% over the past six months.

Eli Lilly and Co. LLY, -2.16% fell 2.2% after the company said a late-stage trial of a treatment for sarcoma failed to meet its main goals.

Shares of VF Corp. VFC, +12.39% jumped 12% after the parent company of Vans and The North Face reported better-than-expected earnings and sales.