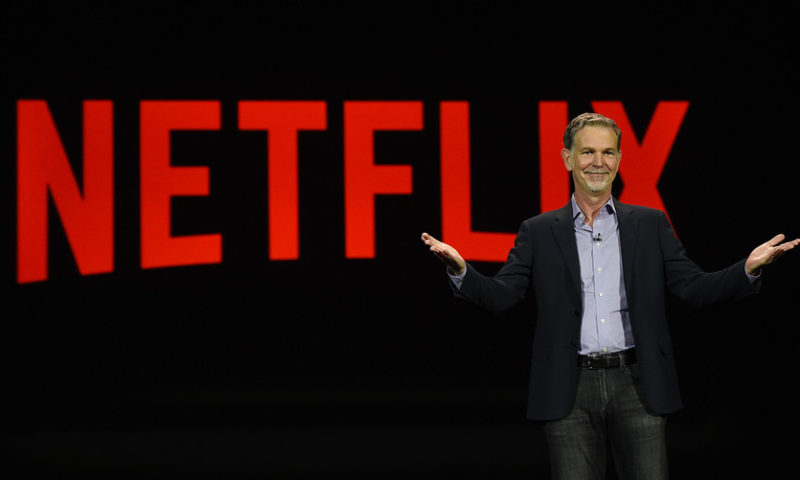 Herd of analysts boosts price targets, even the most bearish analyst on Wall Street

Netflix Inc.’s earnings report couldn’t fully satisfy investors, but it was good enough to prompt a bevy of bullish analyst calls, with even the most bearish on Wall Street boosting his price target.

The streaming video giant reported late Thursday earnings and all-important net subscriber additions that handily beat expectations, while revenue came up a bit shy. With the stock NFLX, -3.99% soaring 51% in the weeks leading up to the results, investors’ expectations were running high — it’s no wonder shares slumped 3.6% in afternoon trade Friday.

But an overwhelming majority of Wall Street analysts got a little more bullish. Of the analysts surveyed by FactSet, no less than 17 raised their price target, while only two lowered them. That raised the average target to $403.56, which is about 19% above current levels, from an average of $391.31 just before the release of results. The average rating remained at the equivalent of buy.

Analyst Mark Mahaney at RBC Capital Markets boosted his price target to a Street-high $480 from $450, citing “strong” fourth-quarter results and expectations that revenue growth and margin expansion will accelerate, as the latest subscription price hike is likely to be “successful.”

“Netflix offers a truly compelling value proposition with global appeal,” Mahaney wrote in a note to clients. “We believe that Netflix has achieved a level of sustainable scale, growth and profitability that isn’t currently reflected in its stock price.”

Raymond James’s Justin Patterson reiterated the “strong buy” rating he’s had on the shares for at least the past three years, and lifted his target to $470 from $450, saying Netflix’s global distribution advantage is becoming increasingly clear.

“With revenue growth poised to accelerate, margin expansion in [the second half of 2019] and [free-cash-flow] burn moderating in 2020 and beyond, we struggle to see the bear thesis,” Patterson wrote.

Wedbush analyst Michael Pachter reiterated the underperform rating he’s had on the stock since at least July 2016, as he tried to explain his most bearish view.

“We expect content spending to trigger substantial cash burn for many years; notwithstanding four Netflix price increases in the last five years, cash burn continues to grow,” Pachter wrote. International profits may remain elusive due to competition for content and [subscribers], and future content migration and price hikes could cause a deceleration in subscriber growth.”

Still, Pachter raised his price target by 10% to $165 — that was 52% below current levels — from $150, due primarily to a less-bearish view on Netflix’s international business. His per-share valuation of international increased to $62 from $45, while his valuation of domestic slipped to $102 from $104 and his domestic DVD valuation stayed at $1.

Elsewhere, analyst Doug Anmuth at JPMorgan got a little more bullish on Netflix, reiterating his overweight rating while raising his price target to $435 from $425, despite some concern that the latest price hike could lead to fewer subscriber additions in 2019 than last year. He said the price increase could have “less impact than expected,” and recommended “buying any weakness in the shares.”

Piper Jaffray’s Michael Olson affirmed his overweight rating and boosted his price target to $440 from $430, but acknowledged that Netflix’s fourth quarter results and first-quarter outlook were “mixed,” as domestic subscriber adds fell short of his expectations.

“The single most important metric to investors, however, is international subscriber additions and that was ahead of expectations for the quarter and the guide,” Olson wrote. And with just 15% share of internet households outside of the U.S., excluding China, “there’s clearly room to grow international.”