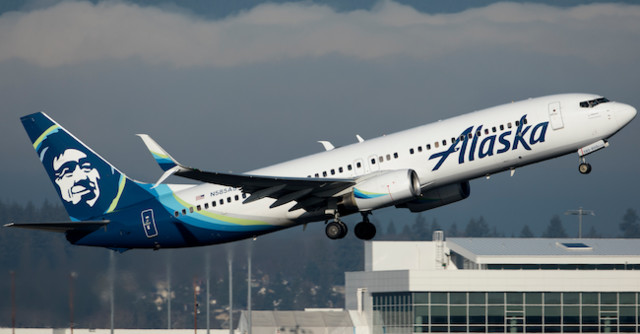 The Juneau Arts and Humanities Council changed the theme of its annual fashion show following a complaint by Alaska Airlines.

The Wearable Art show scheduled for mid-February in Alaska’s capital changed its theme of turbulence to tailwind, the Juneau Empire reported this week.

The Seattle-based airline, a sponsor of the event, suggested the change, citing the word’s negative connection to air travel.

“From our side of the house, tailwinds are much more favourable than turbulence,” said Tim Thompson, spokesman for Alaska Airlines.

Alaska Airlines donated $25,000 to the council in December and gave more than $25,000 in travel credit. Its drill team is also the opening act for the two-day event.

“It came to our attention that turbulence perhaps isn’t positive when connected to an airplane,” said Nancy DeCherney, the council’s executive director. “We thought about what we could do to ameliorate the situation.”

The council’s board members and the airline felt the new theme was a positive change, DeCherney said. The council announced the change Monday, about a month before the event.

“Naturally, it came abruptly, and the artists were taken by surprise,” DeCherney said.

The art pieces featured in the show are not required to match the theme, she said.

“I’d imagine we’ll find some things on the runway that are still referencing turbulence, and that’s just fine,” DeCherney said.