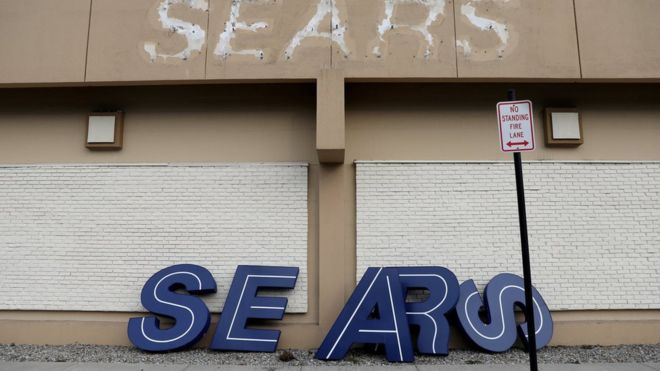 Sears, the long-troubled US department store chain, is set to stagger on.

Billionaire Eddie Lampert, a hedge fund financier who is chairman of Sears and its former chief executive, has won a bankruptcy court auction to purchase the company for $5.2bn (£4bn).

Assuming it is approved, his plan will keep more than 400 stores open and preserve up to 45,000 jobs.

However some creditors have objected, criticising Mr Lampert’s leadership and lack of turnaround plan.

They said allowing Mr Lampert to maintain control of the company – which also owns Kmart – would deprive them of the chance to recover money owed to them.

“They have failed to set forth a business plan that offers any viable go-forward path. Sears simply cannot survive as a going concern.”

A bankruptcy judge must approve the deal for it to move forward. That hearing is scheduled for 1 February, Sears said.

‘Shadow of its former self’

Sears, which traces its roots to a mail-order catalogue started in the 1880s, is the latest in a string of retailers who have faced financial struggles, as shoppers make more purchases online.

Once a fixture in shopping malls around the US, the firm had about 690 stores when it filed for bankruptcy in October – down from 1,700 at the end of 2014.

The restructuring committee for Sears said the deal with Mr Lampert was the best hope to keep the firm alive.

“Importantly, the consummation of the transaction would preserve employment for tens of thousands of associates, as well as the relationships with many vendors and suppliers who provide Sears with goods and services,” it said.

However, critics blame some of Sears’ problems on Mr Lampert, who has served simultaneously as landlord, creditor, investor and manager.

On Thursday, the creditors objecting to his bid said Mr Lampert was “hopelessly conflicted”.

They said he has used the firm’s financial stress for his own benefit, for example by offering loans and selling valuable property to a company affiliated with his hedge fund, ESL Investments.

They said: “ESL’s current bid to “save the Company” is nothing but the final fulfilment of a years-long scheme to deprive Sears and its creditors of assets and its employees of jobs while lining Lampert’s and ESL’s own pockets.”

ESL Investments said in a statement it would “vigorously contest” any effort to pursue claims against it or Mr Lampert.

May battles to keep Brexit