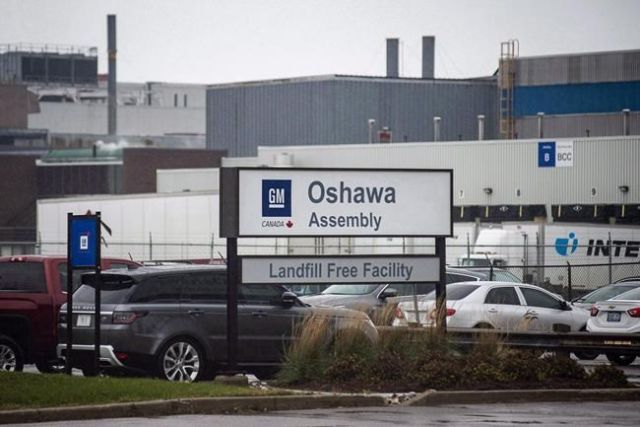 General Motors says it has reaffirmed plans to close the Oshawa Assembly Plant in meetings with the Ontario and federal governments.

The company says it told both governments that it intends to continue to be a major manufacturer in Canada with its Ingersoll and St. Catharines plants and an expanded automotive research base.

GM announced in late November that it would wind down its Oshawa operations by the end of 2019 at a loss of about 2,600 unionized workers and 340 other staff.

Bains said in a statement that he urged the company to reconsider the Oshawa closure, and regrets that the company’s position hasn’t changed.

He said the federal government stands ready to play an active role to find a solution for Oshawa’s workers.

Gold prices finish higher, but $1,300 remains just out of reach