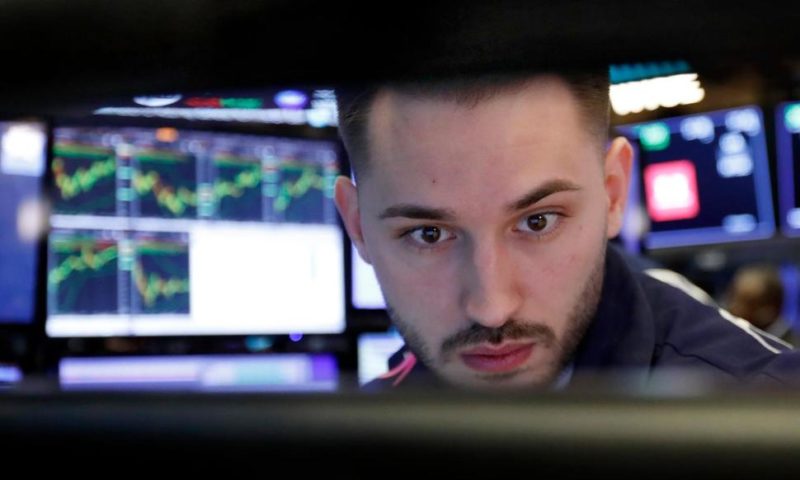 BEIJING — Uncertainty over the outcome of China-U.S. trade talks cast a pall Thursday over Asian markets as both sides kept mum about what lies ahead.

Most Asian markets opened lower after the talks wrapped up the day before without clear indications of whether progress was made on resolving a dispute over Chinese technology policies that has the world’s two biggest economies embroiled in a bruising trade war.

The three-day talks that started Monday were the first face-to-face meetings since Trump and his Chinese counterpart, Xi Jinping, agreed Dec. 1 to suspend further action against each other’s imports for 90 days while they negotiate over U.S. complaints that Beijing steals or pressures companies to hand over technology.

The Chinese Ministry of Commerce issued a statement saying the two sides had “detailed exchanges” and would “maintain close contact” but gave no details.

A statement from the Office of the U.S. Trade Representative didn’t characterize the tone of the talks or say what would happen next. It said U.S. negotiators would await “guidance on the next steps” after reporting back to Washington.

So far, the U.S. side has described the exchanges in a positive light.

Trump said late Tuesday on Twitter that the talks were “going very well!” On Wednesday, White House press secretary Sarah Huckabee Sanders told the Fox Business Network, “We’re optimistic.” She added, “we expect that something will come of this. I don’t know the timing and exactly what that will look like, but what I can be sure of is that we are moving towards a more balanced and reciprocal trade agreement with China.”

Still, the U.S. statement said the negotiations dealt with the need for any deal with China to be “subject to ongoing verification and effective enforcement” — a comment that reflects U.S. frustration that the Chinese have failed to live up to past commitments.

The USTR also said the negotiations “focused on China’s pledge to purchase a substantial amount of agricultural, energy, manufactured goods and other products and services from the United States.” Trump has complained repeatedly about the U.S. trade deficit with China, which last year likely exceeded the 2017 gap of $336 billion.

U.S. stocks surged Wednesday on optimism that the midlevel talks in Beijing will be followed up with discussions between higher-ranking U.S. and Chinese officials. Investors were encouraged that talks planned for two days were extended to three.

But the enthusiasm was wearing thin by Thursday, when Hong Kong’s Hang Seng index fell 0.5 percent in early trading while the Nikkei 225 in Tokyo dropped 1.4 percent.

Washington wants Beijing to change its plans to use government support to make Chinese companies world leaders in robotics and advanced technologies.

Chinese officials have suggested Beijing might alter its industrial plans but reject pressure to abandon what they consider a path to prosperity and global influence.

Neither side has given any indication its basic position has changed. Economists say the 90-day window is too short to resolve all the conflicts between the biggest and second-biggest global economies.

“We can confidently say that enough progress was made that the discussions will continue at a higher level,” said Craig Allen, president of the U.S.-China Business Council. “That is very positive.” The council and other U.S. business groups have pressed for a resolution to the trade hostilities between the world’s two biggest economies.

Chinese exports to the U.S. have held up despite tariff increases of up to 25 percent on $250 billion of Chinese imports, partly due to exporters rushing to fill orders before more increases hit. Forecasters expect American orders to slump this year.

China has imposed penalties on $110 billion of American goods, slowing customs clearance for U.S. companies and suspending issuing licenses in finance and other businesses.

“We hope you can get a firm foothold and expand the market,” Li told Musk during the meeting at the Great Hall of the People, the seat of China’s legislature. “We hope your company can become an in-depth participant in China’s opening and a promoter of the stability of Chinese-U.S. relations.”

Tesla broke ground this week in Shanghai on its first factory outside the U.S. Musk said production of its Model 3 would start late this year.

China is the largest electric vehicle market and is strongly encouraging its development. Last year it ended restrictions on foreign ownership of EV producers to help spur the industry’s growth, and in July, Tesla announced plans to build the Gigafactory 3 facility in Shanghai.

Beijing has offered concessions on investment regulations and stepping up purchases of American soybeans, natural gas and other exports, seeking to defuse complaints from the U.S. and other trading partners.

However, the U.S. side is pressing Beijing to scrap or change rules Washington says block market access or improperly help Chinese companies.

U.S. companies also want action on Chinese policies they complain improperly favor local companies. Those include subsidies and other favors for high-tech and state-owned industry, rules on technology licensing and preferential treatment of domestic suppliers in government procurement.

For its part, Beijing is unhappy with U.S. export and investment curbs, such as controls on “dual use” technology with possible military applications. They say China’s companies are treated unfairly in national security reviews of proposed corporate acquisitions, though almost all deals are approved unchanged.

With cooling economic growth raising the urgency for a settlement, this week’s talks went ahead despite tension over the arrest of a Chinese tech executive in Canada on U.S. charges related to possible violations of trade sanctions against Iran.