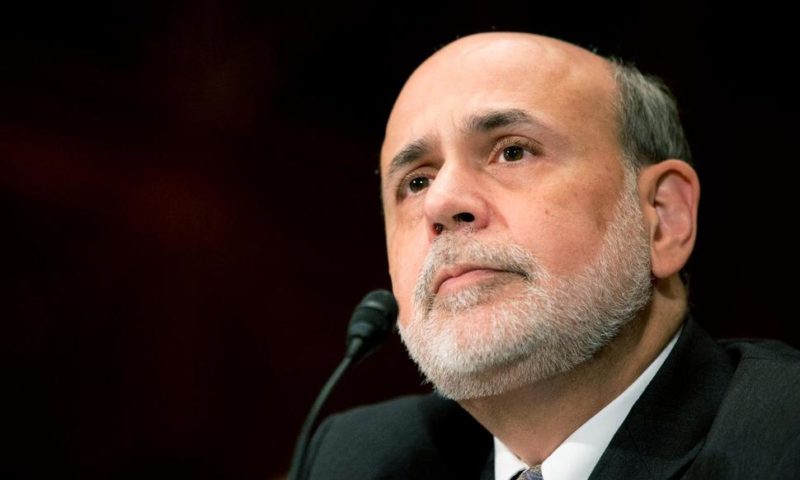 WASHINGTON — Federal Reserve officials were worried about an adverse market reaction when they made their first tentative moves in 2013 to pull back on the massive support they had been providing to help the economy recover from the Great Recession.

Transcripts of their discussions released Friday show that then-Federal Reserve Chairman Ben Bernanke and his colleagues devoted considerable time debating the wording of the statement. The Fed ended up approving a proposal to trim its $85 billion per month in bond purchases by a small $10 billion.

Both of Bernanke’s successors, Janet Yellen and Jerome Powell, backed his proposal, with Yellen saying “existential angst” over the decision was unavoidable.

The markets had reacted badly six months earlier in June when Bernanke had first raised the idea of cutting bond purchases, provoking what came to be called the “taper trantrum.”

Bond yields spiked, and the turbulence in the U.S. bond market sent shock waves around the globe. That caused problems for a number of emerging market countries as investors took Bernanke’s comments as a sign the Fed was going to immediately start pulling back on the purchases.

The $85 billion monthly purchases of Treasury and mortgage bonds was the final phase of a process dubbed “quantitative easing,” in which the Fed sought to apply downward pressure on long-term interest rates in an effort to boost the recovery from the 2007-2009 downturn — the deepest recession since the Great Depression of the 1930s.

Bernanke and other Fed officials discussed how to avoid the turbulence caused by Bernanke’s June comments. But there were worries that the markets might still react badly, in part because the small $10 billion trimming of monthly bond purchases would be the first time the Fed had removed support since the 2008 financial crisis had sent the economy into a tailspin.

The bond purchases had pushed the Fed’s holdings up four-fold from just below $1 trillion to more than $4 trillion.

Bernanke said he wanted to “ask for everyone’s help” to push back on perceptions that the move to trim the bond purchases meant the Fed was thinking about starting to raise short-term interest rates.

The Fed had slashed its benchmark rate to a record low near zero in December 2008 at the height of the financial crisis. When that proved insufficient to battle a recession that saw millions of job losses, it turned to buying bonds to push down long-term borrowing costs.

“One thing I am going to try to emphasize is that we have not abandoned accommodative policy and that we want to maintain a high level of accommodation,” Bernanke said. “Accommodation” is the Fed’s term for low interest rates.

The Fed began trimming its $85 billion-per-month in bond purchases with an initial reduction of $10 billion approved at the December 2013 meeting. The Fed followed that reduction with successive reductions before wrapping up the additional bond purchases at the end of October 2014.

It then kept its bond holdings steady at around $4.5 trillion until late 2017 when it started trimming the holdings by not re-investing all of the bonds as they mature.

The Fed has not said what level it wants to reduce its bond holdings. Analysts believe the level will be around $3 trillion to $3.5 trillion. However, current Fed Chairman Powell has raised concerns in recent comments that investors have interpreted as suggesting a potentially bigger reduction.

In the December 2013 transcript, Powell supported the move to begin trimming the bond purchases, saying with strong jobs growth and unemployment falling, the economy had dealt them “a pretty good hand of cards.”

The December meeting was the next-to-last meeting for Bernanke, with Yellen set to succeed him as Fed leader in February 2014.

The transcripts of the Fed’s 2013 meetings, released with the usual five-year delay, showed that Fed officials expressed concerns about market reactions at other points in the year.

At the June meeting, Richard Fisher, president at the time of the Fed’s Dallas regional bank, said market traders were “like feral hogs and if they scent weakness or lack of definition, they will continue to test us. And playing the Fed for a patsy is the stuff of a money manager’s dream.”