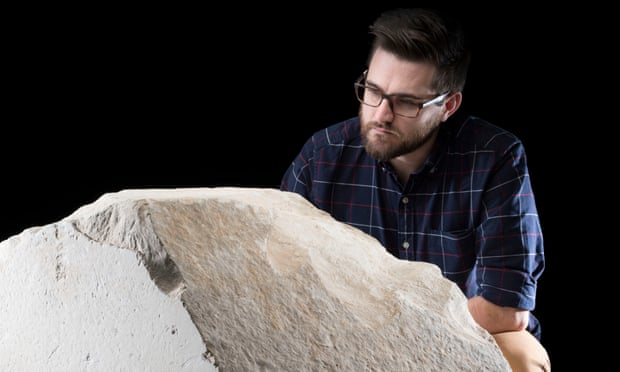 The Egyptian government is calling for access to the certification documents for all Egyptian antiquities displayed at the National Museum of Scotland, following a row over plans by the museum to display a casing stone from the Great Pyramid of Giza next month.

Shaaban Abdel Gawad, the head of the repatriation department at Egypt’s ministry of antiquities, told the Guardian: “If we find that anything left Egypt illegally, we work to repatriate it back to Egypt, as is our right.”

The National Museum says its curators are confident that they have legal title to the stone, which was removed from Egypt by an engineer working for Scotland’s astronomer royal in 1872.

But Abdel Gawad said his ministry was pressing to gain access to the artefact’s ownership and export documents, along with Egypt’s ministry of foreign affairs. He added that if a lack of documents proves that the pyramid stone was illegally smuggled out of Egypt, “all necessary measures” would be taken to recover them.

“We’re still waiting for them to send the documentation to us. After we get this, we can discuss next steps,” said Abdel Gawad, who expects to have the paperwork within the next week.

A spokesperson for National Museums Scotland confirmed: “We have received a communication from the embassy of the Arab Republic of Egypt and we are currently in correspondence with them.”

Egyptian law number 117 of 1983 bans the trade or export of antiquities, including those removed from Egypt prior to the law being in place.

The outspoken former Egyptian antiquities minister Zahi Hawass called the Edinburgh exhibition “disgraceful” during a TV interview. He dismissed the museum as exhibiting “stones thrown everywhere”, using the exhibit as “cheap propaganda for the museum”, with “no truth at all”.

A spokesperson for the museum said: “After reviewing all the documentary evidence we hold, we are confident that we have legal title to the stone and the appropriate permissions and documentation were obtained in line with common practice at the time.” However, it refused to offer more detail on what that documentation consisted of.

According to museum officials, the large block of fine white limestone is one of the few surviving casing stones from the Great Pyramid and will be the only one to be displayed anywhere in the world outside of Egypt.

The casing stone was discovered in 1872 by a British engineer called Waynman Dixon, who was working on behalf of the astronomer royal of Scotland, Charles Piazzi Smyth. Alongside his geologist wife, Jessie, Piazzi Smyth conducted the first largely accurate survey of the Great Pyramid seven years earlier, for which he is said to have gained the official permission of the viceroy of Egypt and the assistance of the Egyptian Antiquities Service.

Dixon reportedly uncovered the casing stone in a rubble heap following road building works, and transported it back to Scotland, where Piazzi Smyth originally displayed the block in their Edinburgh home.

Clad in white, polished limestone, the Great Pyramid of Giza was built for King Khufu and dates back to c2589–2566 BC. It is the oldest and largest of the three pyramids in the Giza pyramid complex.

Few of the casing stones survive on the Great Pyramid itself after a huge earthquake in 1303 AD loosened many of them, which were then taken to be used in buildings elsewhere in the area.

The world’s oceans are warming faster than predicted