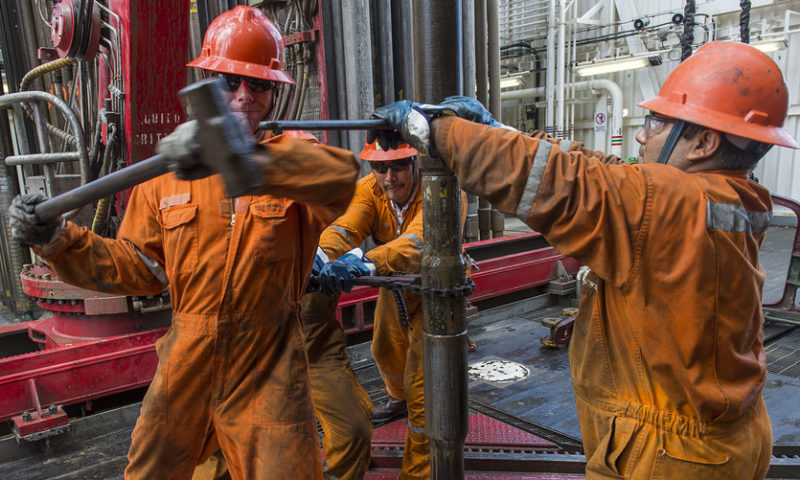 A move higher in the last few minutes of trading on Thursday allowed oil futures to notch a ninth straight session of gains, the longest winning streak in about nine years for the U.S. benchmark and more than 11 years for global crude prices.

Powell stressed again Thursday that the central bank is flexible and patient and can change policy on a dime if the economic outlook worsens. Following the comments, the dollar continued to strengthen and U.S. benchmark equity indexes traded higher as oil futures settled.

On Thursday, West Texas Intermediate crude for February delivery CLG9, -0.17% picked up 23 cents, or 0.4%, to settle at $52.59 a barrel on the New York Mercantile Exchange—the highest since Dec. 7, according to Dow Jones Market Data. Prices tallied a ninth straight session gain, the longest since the 10-session streak ended on Jan. 6, 2010.

Overall, however, oil prices are significantly higher for the week to date, with WTI up about 9.7%. That would be the largest weekly rise since December 2016.

The recent advance for the energy complex has been powered by optimism over U.S.-China trade talk which ended Wednesday, as well as a December output drop from major producers and a more-recent decline in U.S. crude inventories. OPEC oil production fell by 630,000 barrels a day to a six-month low of 32.43 million barrels in December, according to an S&P Global Platts survey released earlier this week.

The Energy Information Administration reported Wednesday that domestic crude supplies fell by 1.7 million barrels for the week ended Jan. 4. That was bigger than the fall of 1.4 million barrels expected by analysts polled by S&P Global Platts.

The EIA reported Thursday that domestic supplies of natural gas fell by 91 billion cubic feet for the week ended Jan. 4. Analysts polled by S&P Global Platts had forecast a decline of 84 billion cubic feet, on average, while the five-year average decline stands at 187 billion.

The data, however, included a revision that resulted in decreased working gas stocks of about 4 billion cubic feet in the Mountain region last week.

AutoNation Inc. (AN) Moves Lower on Volume Spike for January 10