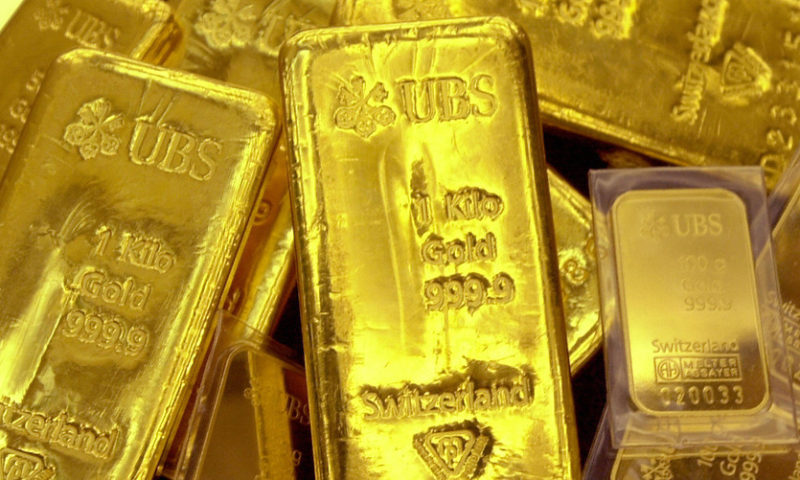 Yellow metal holds on to a modest week-to-date gain

Gold futures finish lower Thursday after failing to overcome resistance at the psychologically important $1,300-an-ounce level, but remained on track for a modest weekly gain as a result of overall softness in the dollar.

Analysts said movements in the U.S. dollar continue to be among the biggest factors for gold, with the currency in turn taking its cue from expectations around the Federal Reserve’s rate plans. The dollar has weakened this month on expectations the Fed will be less aggressive than previously thought in tightening monetary policy.

On Thursday, Fed Chairman Jerome Powell again stressed that the central bank is flexible and patient and can change policy on a dime if the economic outlook worsens. He also said the forecast of two interest-rate increases in 2019 was conditional on a “very strong outlook for 2019.”

Meanwhile, gold prices failed to reach $1,300 overnight “and the dollar paring its losses has seen [gold] lose its edge again today, but I think this will only be temporary,” said Craig Erlam, senior market analyst at Oanda, in an email update. “Risk appetite improving may slow the ascent, but I don’t think it will prevent it as long as the dollar remains soft, as expected.”

For now, the dollar saw a respite from recent selling pressure, with the ICE U.S. Dollar Index DXY, -0.18% a measure of the currency against a basket of six major rivals, up 0.4%. The gauge was still off 0.6% so far in the new year.

A weaker dollar can be a positive for commodities priced in the U.S. unit, making them less expensive to buyers using other currencies. Conversely, a stronger dollar can weigh on prices.

“It seems the one constant in gold pricing throughout last year that continues to this day is that dollar strength or weakness has been the strongest force affecting its movement,” wrote analyst Gary Wagner of The Gold Forecast, in a Thursday post.