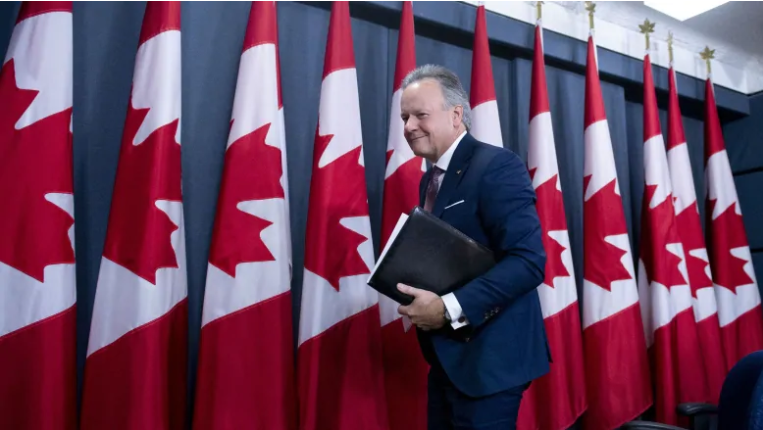 No rate increase expected, but decision will offer glimpse of bank’s thinking

The Bank of Canada isn’t expected to change its benchmark interest rate when it reveals its latest decision Wednesday, but that doesn’t mean the bank’s policy-makers think nothing has changed in the country’s economy.

The bank’s rate, known as the target for the overnight rate, is the interest rate it charges retail banks for short-term loans, and it filters down into the rate that Canadian borrowers and savers get on savings accounts, lines of credit and variable rate mortgages.

The central bank will announce its latest rate decision at 10 a.m. ET. CBC News will have live coverage of the decision and a press conference that follows shortly after that.

In October, when the bank last raised its rate to its current level of 1.75 per cent, the central bank justified its decision by noting the various ways in which the economy was humming along. Inflation was on the high end of the range that the bank likes to see in setting monetary policy, and the job market was chugging along.

The price of a barrel of crude had fallen from its highs, but West Texas Intermediate was still trading north of $65 a barrel, and business investment was rounding into form, too. Add it all up, and the economy was on track to grow by about 2.1 per cent this year — enough to justify a modest tinkering of the bank’s rate to more normal levels.

But that was then, and this is now.

Canada’s economy has since shown enough signs of weakness that there’s speculation a cut may be coming sooner or later, and at a bare minimum economists who cover the central bank are downgrading their expectations of just how many hikes may be on the way.

On Tuesday, new numbers from Statistics Canada showed that Canada’s trade deficit doubled to $2.1 billion in November, largely because oil prices plummeted, eating into the export side of the ledger.

And according to Scotiabank economist Derek Holt, “the window on trade conditions will get cloudier yet,” as the U.S. government shutdown potentially affects December trade data and Alberta’s production cuts take down energy exports in January.

If there’s reason for optimism, Holt says, it’s that the slowdown comes on the heels of a “torrid” pace for Canadian exports earlier in the year, so some declines were to be expected. “One issue I’d like to hear the [Bank of Canada] address tomorrow is the extent to which they feel the recent data is due to … pulled forward export demand,” he said.

Economist Avery Shenfeld with CIBC says the bank is in a tough spot, threading the needle between incorporating lowered expectations, and staying well clear of suggesting a cut might be required.

“We see the tone of the statement being along the lines of ‘we’ll get back to you later,’ rather than ‘we’re all done here, people’ in terms of further interest rate tightening,” Shenfeld said, adding that he expects the bank to stay on the sidelines until April at the earliest.

That’s a similar timeline to the one Robert Dent at Japanese investment bank Nomura Securities Inc. predicts, with a slight hike to two per cent in April followed by another cautious one at the end of the year.

Dent notes that despite some dark clouds on the horizon, Canada’s economy is doing well on a number of other fronts, notably the job market, where the jobless rate dropped to the lowest level on record in November at 5.6 per cent, and even managed to stay there through December, too.

Those data points will be factors the bank will consider, and a reason for the Bank of Canada to stay on the track it has already set for itself.

“The December statement suggests policy-makers remain confident that further rate hikes will be needed,” he said, but “the effect of rising interest rates on overly indebted households, persistently lower crude oil prices and slowing global growth all pose downside risks to the Bank of Canada outlook that may start to be acknowledged more forcefully at the January meeting.”

Bank of Montreal economist Benjamin Reitzes says with the picture looking cloudy, the bank is clearly going to err on the side of caution, but the question is, how much?

“Outside of a couple of decent domestic data points,” he said, “the policy backdrop has deteriorated, driven largely by global economic and financial conditions. Accordingly, expect more caution from Governor Poloz and the Bank to stay on the sidelines for at least the next couple of months.”

While all but one of the 18 economists tracked by Bloomberg think doing nothing is the likeliest outcome, traders in investments known as overnight index swaps think there’s about a one in six chance of a rate cut on Wednesday.