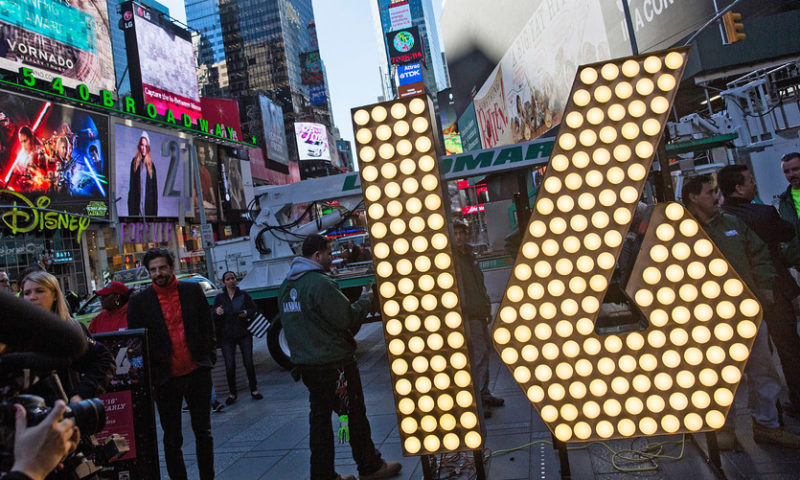 Wall Street’s 2018 pullback has left investors bruised, but market bulls contend that the recent pullback could wind up mimicking moves of about three years ago when a selloff that bottomed in early 2016 proved merely a pause before a series of all-time highs.

“If you think what was plaguing the market at that time, you had a strong dollar that was choking off not only U.S. earnings but also the global economy. Oil was plunging…You had a Fed that was ending quantitative easing and they were projected to do four rate hikes in 2016, and then lastly you had very weak Chinese economic data,” said Jeffrey Schulze, investment strategist at ClearBridge Investments, which manages $148 billion.

It was a tough time for the stock market with the S&P 500 SPX, +0.41% posting the worst-ever start to a new calendar year. But by the end of the first quarter, the scene had changed. The Fed signaled a pause, which in turn weakened the dollar, and ended up delivering just one rate rise in 2016 at its December meeting. Oil found a bottom below $30 a barrel and Beijing delivered a final dose of stimulus that helped underpin Chinese, and global, growth, Schulze said, in an interview.

Back then, stocks rebounded, ending the quarter in positive territory for the year, with the S&P 500 going on to post a 9.5% gain in 2016.

Bears contend there are important differences in the underlying fundamentals, but Schulze and other bulls have argued that history, while not repeating, could rhyme.

Crude appears to have found a footing as output cuts by the Organization of the Petroleum Exporting Countries and its allies take effect; Federal Reserve Chairman Jerome Powell offered up some remarks in a public appearance on Friday that appeared to mollify bulls; the dollar is taking a pause after its 2018 rally; and China likely has further stimulus to deliver on top of the dozens of easing moves it implemented last year.

Something that wasn’t in the mix in 2016 — tariffs and U.S.-China trade tensions — are likely to remain in the headlines as negotiations between Beijing and Washington continue, Schulze argued. That could serve to rattle investors, but he expects the fallout to remain manageable for the economy and most companies.

But perhaps most important, Schulze contends that as was the case about three years ago, the current market downturn is unlikely to be accompanied by a recession.

ClearBridge breaks big market selloffs into “crashes” and “pullbacks.” Crashes occur when stocks see a drawdown of 20% or more that lasts longer than a year. Pullbacks are selloffs of 15% or more that last less than a year. A look back at market performance shows crashes have been 2.5 times more likely to coincide with recessions.

Put another way, that means five of the past six market crashes, as defined by the firm, have been tied to a recession, Schulze said. That means the key question for investors is whether the current market downturn will also be accompanied by a recession.

ClearBridge is confident the economy will avoid the “R” word, with Schulze citing the dashboard below in a note:

While all three components (yield curve, credit spreads and money supply) of the financial markets section of the dashboard flipped to yellow from green in the fourth quarter, the consumer and business sections remain green, he noted.

Meanwhile, price-to-earnings multiples have suffered amid the recent volatility, with strong earnings and a negative return combining to leave 2018 with the third biggest annual fall in P/Es over the past four decades, Schulze noted, exceeded only by 2000 and 2002. The fall left the P/Es, a popular measure of valuing stocks, near five-year lows. In particular, the pressure has been concentrated in cyclical sectors, which might be poised for the biggest positive surprises if growth holds up.

But market bears argue that the parallels, particularly between now and 2016, are superficial.

“Crucially, we think there are some key differences in the state of the U.S. and Chinese economies, which make a sustained recovery in the next few months unlikely,” said Oliver Jones, economist at Capital Economics, in a Tuesday note.

China had seen credit growth, a strong leading indicator, begin to rebound in mid-2015, paving the way for a significant acceleration in activity beginning in early 2016, he said. At present, credit growth is showing no sign of finding a floor and is at its lowest in well over a decade, Jones said, which means a turnaround in the economy doesn’t appear imminent.

He’s no more optimistic about the U.S. economy’s ability to repeat its 2016 pickup in growth. The Fed’s rate-hike cycle was still in its infancy, with the Fed having just delivered its first increase of the cycle in December 2015. Now, the delayed effects of past rate increases are starting to bite, he said, while the sugar rush from last year’s tax cuts and other fiscal stimulus are set to fade, leading Capital Economics to expect “a clear slowdown” for the U.S. economy in 2019.

“With the world’s two largest economies leading a slowdown in global growth, we suspect that the recent bounce in stock markets will fizzle out, with most around the world ending the year lower,” he said.