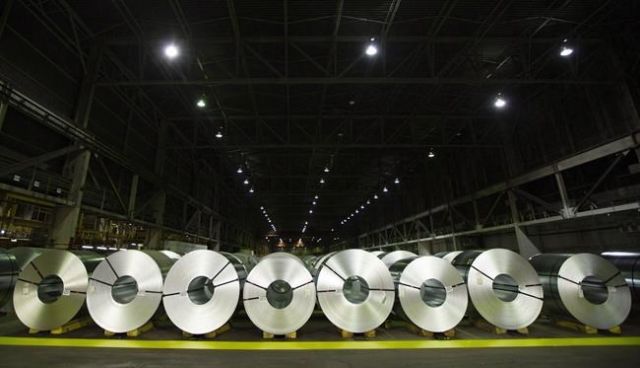 Canada’s merchandise trade deficit more than doubled in November as exports fell led by a drop in crude oil prices.

Statistics Canada said Tuesday that the country’s trade deficit increased to $2.1 billion in November compared with $851 million in October.

Economists had expected a deficit of $1.95 billion, according to Thomson Reuters Eikon.

Total exports fell 2.9 per cent to $48.3 billion in November, the fourth consecutive monthly decline, as exports were down in eight of 11 sections.

Meanwhile, total imports fell 0.5 per cent to $50.4 billion in November as imports dropped in seven of 11 product sections.

Imports of motor vehicles and parts fell 2.8 per cent to $8.9 billion, while imports of metal ores and non-metallic minerals fell 18.6 per cent to $1.1 billion.

“As things stand, net trade is on track to have made a neutral contribution to GDP growth in the final quarter,” Brown wrote in a report.

The trade data came ahead of the Bank of Canada’s interest rate announcement on Wednesday.

The central bank is expected to keep its key interest rate on hold when it releases its decision and updates its outlook for the economy in its monetary policy report.

Gold recoups some of its recent losses, after biggest daily drop in 2 weeks