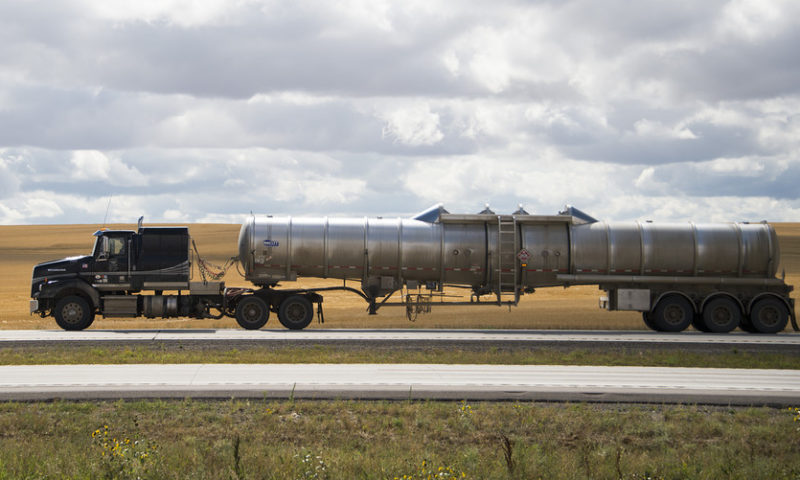 West Texas Intermediate crude oil for February delivery CLG9, +1.57% rose $1.26, or 2.6%, to settle at $49.78 a barrel on the New York Mercantile Exchange—the highest finish for a front-month contract since Dec. 17, according to Dow Jones Market Data. Futures for the U.S. benchmark contract posted the lengthiest win streak since an eight-session period ended July 3, 2017.

“The crude oil rally has been fueled by [the Organization of the Petroleum Exporting Countries] supply cuts that were planned to take 1.2 million [barrels per day] off the global market,” said Robert Yawger, director of energy at Mizuho Securities USA LLC, in a Tuesday research note.

On Monday, investors also reacted to signs of contracting output by major oil producers, with Saudi Arabia indicating that it planned to reduce its crude exports by 800,000 barrels a day from around 7.9 million barrels a day in November — a move aimed at lifting prices above $80 a barrel, The Wall Street Journal reported, citing comments from OPEC officials.

Oil traders were also watching for further signs of progress between two of the world’s largest economies, which have been locked in a tit-for-tat trade battle for months. A resolution has widely been viewed as potentially supportive to crude prices because tariff spats have helped to hamstring expansion in the world’s second-largest economy China, also one of the biggest importers of crude.

Trade tensions pose the threat of hurting demand for oil, dragging prices, which have already been battered in recent months, further down. Both WTI and Brent oil are in a bear market, usually defined as a drop of at least 20% from a recent peak.

Friday’s better-than-expected jobs report, with 312,000 jobs created in December, helped to underscore strength in the U.S. economy, assuaging some fears of an imminent recession in world’s largest economy, along with market-supportive comments from the Federal Reserve.

“Progress in trade talks, softening of the Fed’s stance, and a surprisingly good jobs report last week, have all, added to the impression that the demand side of the equation could also help to support energy prices,” Yawger wrote.

The previous day’s gains for oil prices, however, were capped as Goldman Sachs cut its price forecast on worries over energy demand and the potential for a supply surplus.

Aside from the U.S.-China trade talks, a few other “what-ifs were entering the picture regarding global market risks as traders mulled over the U.S. [partial government] shutdown…and the weaker services ISM data, which triggered some profit-taking this despite declining OPEC production providing fundamental support for the market,” said Stephen Innes, Asia Pacific head of trading at Oanda.

Despite the partial government shutdown, entering its 18th day, the Energy Information Administration has said it has appropriations for the fiscal year 2019 and will release its reports as usual, including the weekly petroleum supply data due Wednesday.

That report is expected to show that crude stocks fell by 1.4 million barrels for the week ended Jan. 4, according to analysts polled by S&P Global Platts. Gasoline supplies likely rose by 4.2 million barrels and distillates, which include heating oil, were expected to have climbed by 4.3 million barrels, the survey showed.

“Despite the daily move higher, near-term fundamentals continue to favor the bears,” said Robbie Fraser, global commodity analyst at Schneider Electric. “Weather continues to call for more mild temperatures ahead, with the recent run of above average temperatures across much of the country already expected to once again trigger a much smaller than normal draw from the EIA’s natural gas storage report on Thursday.”