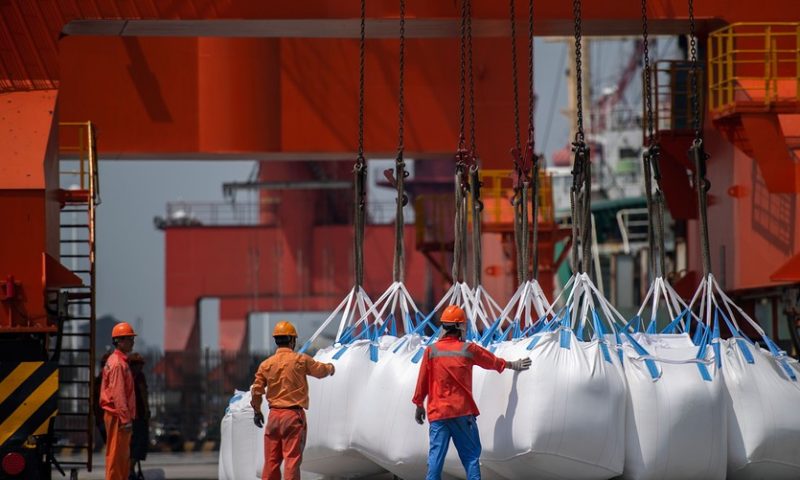 European markets rose n Tuesday, as optimism over reignited trade talks between the U.S. and China spurred investors to pick up perceived riskier assets such as stocks.

How are markets trading?

What is driving the markets?

A second day of trade talks between the U.S. and China and optimism around those discussions drove global equities higher, with Wall Street kicking off its third-straight session of gains.

Investors were able to shake off other worries such more signs of stress in the tech sector. South Korean tech giant Samsung Electronics Co. 005930, +3.54% warned of a 29% fall in fourth-quarter operating profit, citing “mounting macro uncertainties” and “lackluster demand.” That caution comes a week after Apple Inc.’s AAPL, +1.91% shock warning over sales.

In the U.K., British and European officials are reportedly discussing the possibility of delaying Brexit, amid ongoing opposition from U.K. politicians over an exit deal secured by Prime Minister Theresa May last year.

Among retailers, Next PLC NXT, +5.25% jumped 6%. Supermarkets were in focus after consultancy Kantar reproted record holiday sales for the group, with Tesco PLC TSCO, +2.77% up 3%.

Wm. Morrison Supermarket PLC MRW, -3.21% dropped by 2.6% after its Christmas trading announcement was overshadowed by younger rival Aldi, which reported 10% growth in sales numbers on Monday.

Oil tallies longest streak of gains in about 18 months