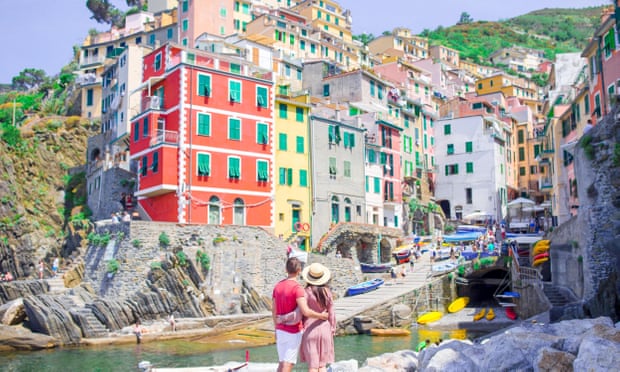 Venice, Florence, Rome are all struggling to cope with selfie-stick sightseers, but turnstiles at city gates will worsen the problem

Until a few years ago, every nation wanted to bring in the most tourists possible. Receiving visitors wasn’t just a means of promoting a country and its culture, but a sure-fire way to fill the coffers. Tourism offered money for old rope, or at least for old ruins.

Blessed with beauty, culture and class, Italy assiduously promoted itself as a dream destination throughout the postwar period. For centuries it had welcomed aristocrats and connoisseurs on the Grand Tour, so thought coping with the less demanding masses would be simple.

But many Italians now regret the Faustian pact of throwing open the gates for the most money. In an attempt to stem the rising tide of visitors, Venice last week announced a plan to charge a €10 entrance tax for day-trippers, and the mayor of Florence is considering something similar. This comes two years after the tiny Cinque Terre region in Liguria brought in a ticketing system to cap tourists at 1.5 million a year. There is a sense that Italy is a victim of its own success – it is the fifth most-visited country in the world, with 52.4 million tourists a year – and can no longer cope.

The country is not alone in that, of course. Few industries have grown as fast as tourism: almost non-existent until the 1960s, it now accounts for just over 10% of global GDP. With cheap flights and increased disposable income in developing countries, tourists are proving impossible to keep out.

There is a sense that the problem isn’t just the numbers, however, but the superficiality of the visitors. There are many disparaging terms for wide-eyed tourists – the Cornish call them grockles, the Spanish guiri – but that disdain has increased in recent years because in our vain, internet age tourists wander blithely about with selfie sticks, as keen to see themselves in the city as to see the city itself. The hosts are scornful because these tourists seem to spend more time looking at market-stall aprons showing David’s private parts than they do at Michelangelo’s actual sculpture.

For their part, the tourists are grimly aware that they are seen simply as wallets to be emptied as fast as possible. Every week in Italy there is a story of an ice-cream seller charging credulous visitors €20 a scoop. And last autumn Florence introduced fines of €150 to €500 for eating in public, taking away one of the great attractions of a holiday – watching the world go by as you sit on some church steps with a sandwich. The sense of freedom that travel affords is being endlessly curtailed.

There are, of course, deeper reasons for this newfound scorn for tourists: the environmental degradation caused by air transport and cruise ships, damage to the landscape from litter, erosion, vandalism, traffic congestion and pollution – or perhaps xenophobia stoked by far-right political groups that conflates them with migrants. Or maybe it is the opposite: that they are a painful reminder of ourselves. In our rootless age, these itinerants are, like everyone, seeking and invariably failing to find what is ancient and untouched.

The trouble is that the Venetian and Florentine tourist tax will only exacerbate the problem. It won’t reduce numbers, but merely encourage the tourists’ sense that they are in a financially exploitative relationship. And if you have turnstiles at the city gates, the authenticity they so desperately seek is replaced by disappointment in a tinny confection, akin to a theme park. The Faustian pact remains: only now – as with all those dodgy ice-cream sellers – the price is inflated.