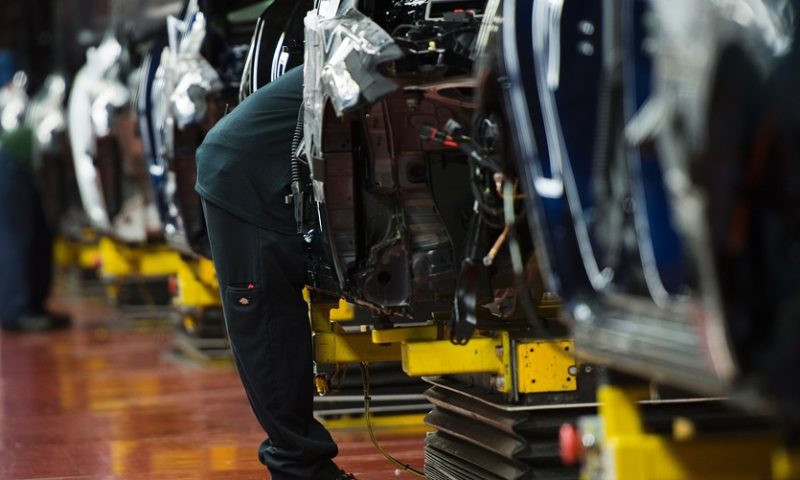 U.S. stocks on Monday closed higher, building on Friday’s powerful rally, as investors watched for further signs of a thaw in the protracted trade dispute between the U.S. and China — a tit-for-tat clash that has weighed on investor sentiment.

Senior officials from China unexpectedly showed up for negotiations between Beijing and their counterparts in Washington in an effort to resolve longstanding trade disagreements that have triggered uncertainty in global markets.

Chinese Vice Premier Liu He, a top economic adviser to Chinese President Xi Jinping, was among attendees, sparking some optimism given the symbolism of a top-level bureaucrat attending the talks, according to Bloomberg.

Trade officials from both countries are looking to hammer out an agreement over the next 48 hours, but there are doubts over how to best ensure that both countries follow through on promises made during talks with Trump administration worried about enforcement.

Investors are also keeping an eye on the partial government shutdown, now in its 17th day, with some government employees expected to see their first missed paycheck as a result of an impasse between President Donald Trump and Democratic lawmakers over funding for a U.S.-Mexico border wall.

Elsewhere, British Prime Minister Theresa May set a Jan. 15 date for a parliamentary vote on her plan for exiting from the European Union, which she is widely expected to lose.

The U.S. services sector expanded at the slowest pace in five months in December, according to the latest reading of the Institute for Supply Management’s nonmanufacturing index, released Monday.

The index fell to 57.6% in December, from 60.7%, and below economists expectations of 58.7%, according to a MarketWatch poll. Nevertheless, any reading of 55% or more is considered exceptional, so the report reflects brisk business even as conditions have worsened slightly.

A report on factory orders for November has been delayed due to the government shutdown, while Atlanta Fed President Raphael Bostic will speak at 12:40 p.m. ET, kicking of a week when several members of the Fed’s interest-rate setting committee will offer their views on the economy and central-bank policy.

“The backdrop for stocks is positive, with earnings growth still projected to be healthy, while the Fed looks like it is pausing,” Michael Arone, chief investment strategist for State Street Global Advisors, told MarketWatch.

Still, “there are a number of risks reappearing, like ongoing U.S.-China trade talks and the government shutdown, foreshadowing how well the government will be able to tackle important issues like the debt ceiling and the budget,” he said, adding that investors may be applying a ‘discord discount’ to equity valuations as they hedge against the threat of gridlock leading to lasting economic damage.

“The start of trading in the New Year has been ugly as companies begin to sound the earnings alarm, an obvious impact of the trade war. While we do expect a decrease in overall profits, it is obvious that multinationals will bear the brunt of the trade war as earnings miss their forecast,” wrote Peter Cardillo, chief market economist at Spartan Capital Securities, in a research note.

PG&E Corp. PCG, -22.34% stock tumbled 22% on a Reuters report that the utility company was considering filing for bankruptcy protection.

Shares of Luxoft Holdings Inc. LXFT, +81.96% jumped 82% after it was announced the company would be acquired by DXC Technology DXC, +0.07% for $2 billion. DXC shares closed mostly unchanged.

Shares of Dollar Tree Inc. DLTR, +5.46% gained 5.5% after Starboard Value LP announced its nominations for the company’s board of directors.

There is little room for the Fed to rally markets

Gold recoups some of its recent losses, after biggest daily drop in 2 weeks