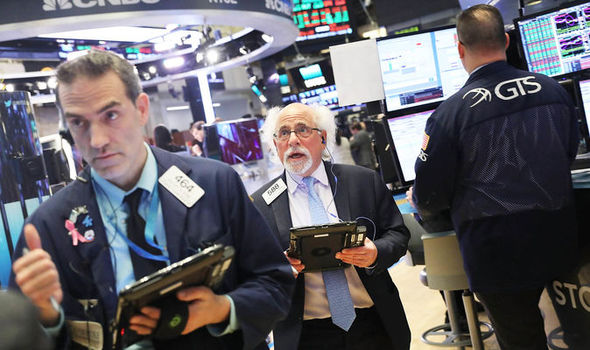 U.S. stock index futures were slightly higher on Monday morning, after stronger-than anticipated jobs data and a dovish turn from the Federal Reserve helped to alleviate concerns of a possible economic slowdown.

At around 4:00 a.m. ET, Dow Jones Industrial Average futures rose 43 points, indicating a positive open of more than 31 points. Futures on the S&P and Nasdaq were also relatively upbeat.

Market sentiment is largely attuned to trade talks between Chinese officials and their U.S. counterparts early this week. According to Reuters, the Chinese foreign ministry said Monday that China and the U.S. have expressed an eagerness to work together. The ministry also added China stands ready to resolve trade disputes with the U.S. on equal footing.

President Donald Trump said Sunday that weakness in the Chinese economy gave Beijing an extra incentive to work toward a resolution to the global trade war.

The world’s two largest economies slapped a series of punitive tariffs on each other’s goods last year, sparking concerns over a global economic slowdown. The U.S. has already put tariffs on $250 billion in Chinese goods — and has threatened duties on double that value of products. Beijing has responded with tariffs on $110 billion in U.S. goods, specifically targeting politically important industries such as agriculture.

The moves in pre-market trade come after risk appetite received a significant boost on Friday, when U.S. payrolls showed 312,000 jobs were created in December. Economists surveyed by Dow Jones had been expecting job growth of just 176,000.

On the data front, ISM non-manufacturing figures for December are expected to be released at around 10:00 a.m. ET.

On Friday, the Dow jumped more than 700 points amid better-than-expected economic news and easing fears of tighter monetary policy in the near term.

Stocks to rebound 15 percent this year, and now’s the time to buy: Blackstone