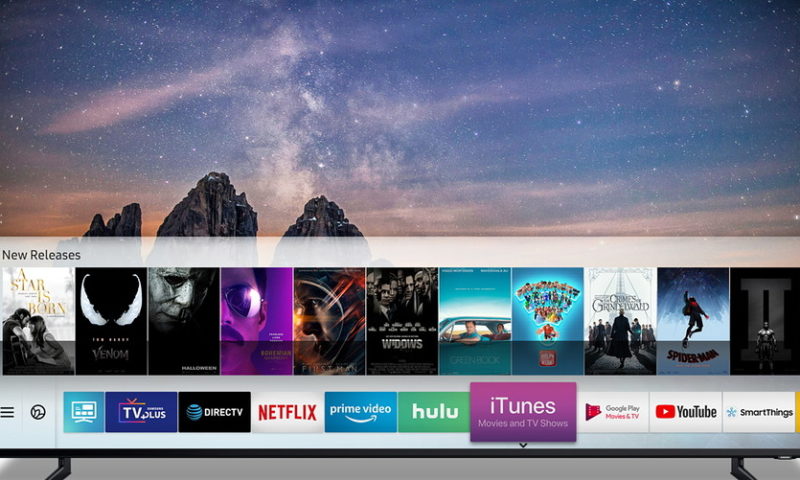 Deal comes ahead of expected launch of Apple’s streaming service

Owners of Samsung’s newest smart TVs will soon be able to watch Apple iTunes content, in what appears to be a strategic shift for Apple.

Samsung Electronics Co. 005930, +3.47%   announced Sunday that its new smart TVs will support Apple Inc.’s AAPL, +0.03%   iTunes movies and shows, as well as Apple’s AirPlay 2, beginning this spring. An iTunes Movies and TV app will appear on Samsung 2019-model smart TVs, and 2018 models will get the app through a firmware update, the South Korean tech giant said in a statement. Users will be able to access their iTunes library, and buy and rent movies and TV shows from iTunes.

The AirPlay 2 support will allow iPhone and iPad users to send content from their devices to their Samsung smart TVs.

“We look forward to bringing the iTunes and AirPlay 2 experience to even more customers around the world through Samsung Smart TVs, so iPhone, iPad and Mac users have yet another way to enjoy all their favorite content on the biggest screen in their home,” Eddy Cue, senior vice president of internet software and services at Apple, said in a statement.

The move appears to be a change of strategy for Apple, which has seen its stock plummet over the past quarter over slowing iPhone sales. But a growing amount of Apple’s revenue is now coming from its software and services segment, which includes iTunes.

Aside from its longstanding deal with Microsoft Corp.’s MSFT, -0.69%   Windows PCs, it will be the first time Apple has allowed its video content to be available through a third-party device. Samsung’s smart TVs are among the best-selling on the market. For streaming content on TVs, Apple has relied on its Apple TV device, which has reported disappointing sales in recent years — though sales reportedly picked up in late 2018 — lagging behind competitors such as Amazon.com’sAMZN, +1.83%   Fire stick and Roku Inc. ROKU, +3.91%   devices.

The deal should open up Apple video content to a much wider TV audience — including consumers who don’t own Apple devices — ahead of the rollout of its long-awaited streaming-video service, expected in late 2019.

Apple and Samsung have had a complicated relationship. While they have been bitter rivals as smartphone competitors, including a years-long series of patent lawsuits, Samsung has long provided components, such as screens, for Apple devices.

Disneyland hikes cheapest tickets above $100 ahead of ‘Star Wars’ expansion