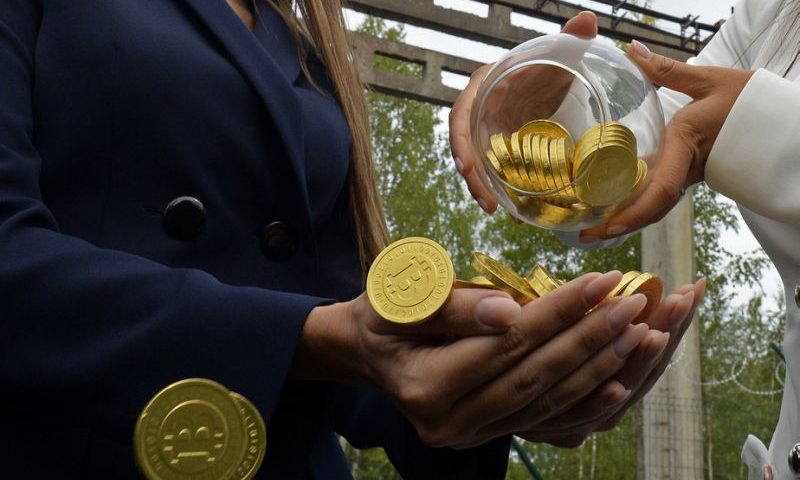 Cryptocurrency projects trying to build decentralised networks are still controlled by a select few, new data suggests, calling into question their reason for using crypto technology to begin with.

Across the top 50 cryptocurrencies by trading volume, an average of 78% of all coins are held by the top 20 wallets, according to analysis by Token Analyst for Yahoo Finance UK. In 16 cases, the 20 biggest wallets hold more than 90% of total token supply.

The majority of these crypto tokens were issued to fund new startups and will be used in the projects they are building. Most of them promised some form of decentralisation. Vitalik Buterin, one of the founders of ethereum and a key crypto commentator, said in a blog post that decentralisation is “often even viewed as a blockchain’s entire raison d’être.”

Token Analyst’s data, which was compiled this week, shows that most projects are far from achieving their decentralise vision.

Jai Prasad from Token Analyst told Yahoo Finance UK it suggests that many projects are either failing to gain traction or did not need to use cryptocurrency technology for their ideas in the first place.

What is decentralisation and why does it matter?

Decentralisation is one of the key tenants of cryptocurrencies and crypto startups. To understand why, think about bitcoin.

With, say, sterling or dollars there’s a central bank that controls the supply of money and ultimately controls the financial system. But bitcoin has no central authority — the system works because of a loose, ever changing band of companies and individuals get together to do the legwork needed for it to operate. They are incentivised to do so by the reward of new bitcoin.

The advantage of this system is twofold. First, it should be more resilient. In the central bank system, a hacker could bring down the system by targeting the Bank of England or the Federal Reserve. With bitcoin, if one so-called ‘node’ in the system is taken down, another company or individual can simply step in to take its place.

The second advantage is that bitcoin is “censorship-resistant,” to use crypto parlance. This means it is not vulnerable to the changing whims of a controlling party.

A central bank could decide to flood the economy with new money — as many did in the wake of the 2008 financial crisis — and as a result devalue many people’s savings and salaries. Or it could block a company or whole country from its financial system, as the US has done with Iran.

Unilateral decisions like this are impossible with bitcoin. Because it is run by a coalition of parties, the majority must agree on any major changes to the system. This, in theory, should make it harder to “censor” against the wishes of users.

“The primary advantage of Bitcoin and Ethereum over their legacy alternatives is widely understood to be decentralization,” the CTO of Coinbase, one of the biggest cryptocurrency exchanges, wrote in a blog post exploring the topic.

‘The tokens are used purely for speculation’

Just as bitcoin created a decentralised payment network, many other startups have sprung up hoping to create similar decentralised applications, or dApps in the industry jargon. They cover everything from decentralised online storage to platforms to build blockchain-based games.

In order to decentralise, crypto tokens need to be held by a wide number of people who have buy-in to the project and idea.

However, the analysis for Yahoo Finance UK by startup Token Analyst suggests that many of these new projects are centralised in the hands of a small number of people and companies.

Token Analyst looked at the distribution of tokens from the top 50 ERC20 tokens — a format of crypto token associated with crypto startups largely created in the last two years. The analysis included high-profile projects such as Binance Coin, 0x, Maker Token, and Augur.

Across these projects, the top 20 digital wallets for each hold an a combined 77% of the total supply on average.

Token Analyst’s Prasad said that the figures were likely boosted by the fact that many crypto investors hold their tokens on crypto exchanges, rather than opening their own wallets. That means the digital wallets of exchanges will be swelled by the holdings of many of their customers.

However, Prasad said the fact people are leaving tokens on exchanges is a bad sign for the health of the projects, as it suggests many are simply using the tokens to speculate rather than using the networks they are built to be used on.

“If 20 addresses (including the token team and exchanges) own 80% of the tokens, this tells me a few things: 1. Pre-sale investors got in early at large discounts; 2. No one is interested in using the network and the tokens are used purely for speculation; and 3. future governance (crypto buzzword) will be at the beck and call of few,” Prasad said.

“Other than a dilution-free fundraising tool, the goal of an ICO is to incentivise different actors to participate in the network the ICO is building via the use of a token. The promise is that token holders will also have sway in the future development of the network — the governance.”

If just a few wallets hold over 50% of the total supply of tokens, they will likely be able to force through changes in the network.

“In my opinion, the most important characteristics of crypto networks are being ‘permission-less’ and ‘censorship-resistant’; anyone can use the network and anyone build on top of it,” Prasad said. “Without these properties, we probably don’t need a crypto network to begin with.”