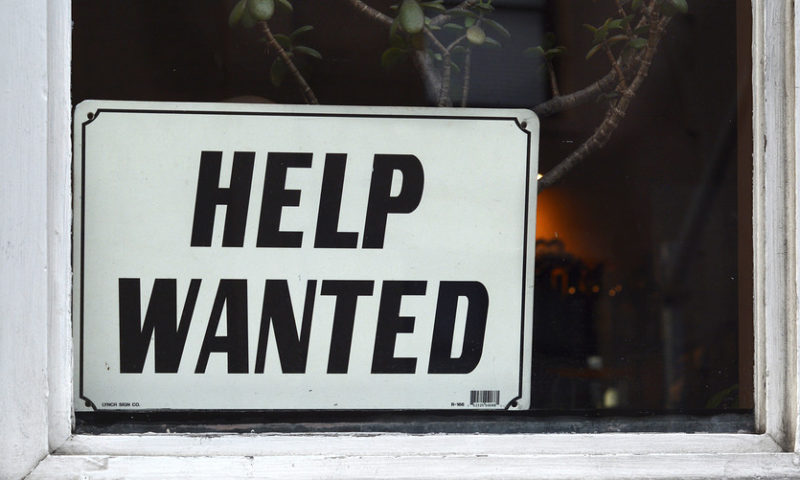 Friday’s performance saved markets from what had been the worst start to a year for the Dow and S&P 500 since 2000, according to Dow Jones Market Data.

The U.S. economy added 312,000 new jobs in December, well above expectations for a gain of 182,000, according to a MarketWatch poll of economists. The strong headline number, along with data showing wages grew faster than expected, helped dampen fears that the Federal Reserve is being overly optimistic in its plans to continue raising interest rates in 2019.

Investor optimism was further reinforced by comments by Fed Chairman Jerome Powell, who said during a Friday morning appearance that the jobs report didn’t materially increase concerns over rising inflation, while reiterating that the central bank would continue to keep an open mind about how much it will raise interest rates in 2019 and how aggressively it will shrink its balance sheet, based on incoming data about the U.S. and global economy, including recent weakness in equity markets.

The healthy report comes on the heels of a statement from China’s Commerce Ministry confirming that a delegation of U.S. trade officials would meet with their Chinese counterparts Monday and Tuesday, news reports said, marking the first time the two sides have met since President Donald Trump and Chinese leader Xi Jinping agreed to a 90-day trade truce last month.

Sentiment also got a boost after China’s central bank on Friday cut the ratio of cash that banks must hold as reserves by 100 basis points, or 1%, according to news reports — a move that is seen as a means to help reduce the risk of a sharper slowdown in the world’s second largest economy.

Also adding to optimism in China was a report showing that the Chinese services sector grew at a faster rate in December versus November, while export orders rose at the fastest pace in six months.

Stocks fell hard Thursday after Apple cut its revenue guidance, in part citing weakness in China. A round of weak manufacturing survey data out of China, the eurozone and the U.S. added to the gloom. Apple shares fell sharply, posting their biggest one-day percentage drop since 2013 while the overall market drop left the S&P 500 and the Dow with the worst start to a year since 2000.

Stocks added to their gains in the immediate wake of Powell’s comments because “he reiterated that there isn’t a set path for future interest rate hikes,” Steve Chiavarone, portfolio manager with Federated Investments, told MarketWatch.

“It’s not that the Fed is here to save the markets from volatility,’ he added. “But the magnitude of the pullback we’ve had, around 20%, tells you something about what the market believes about the underlying economy. It would be the height of hubris for Powell to disregard that,” and markets are taking solace in Powell’s suggestion that monitoring large swings in equity valuations are important part of data dependence, Chiavarone said.

With job growth and wage growth continuing to beat investor expectations, “it makes it very difficult to argue that the Fed should come to a complete halt in hiking interest rates, or that the economy is meaningfully weakening,” Willie Delwiche, investment strategist with R.W. Baird, told MarketWatch.

While the market has lately reacted negatively to any news that might encourage further rate hikes, Delwiche said, “if the Fed is positioned to continue to raise rates in 2019 because the data warrants it, it’s not such a scary thing for the stock market.”

Shares of Netflix Inc. NFLX, +9.72% closed up 9.1%, after Goldman Sachs added the stock to its conviction list and said a 36% pullback since July presents an attractive buying opportunity.

Coty Inc. COTY, +5.45% shares are up 4.7%, after JPMorgan analyst Andrea Teixeira raised her rating on the stock from sell to neutral, arguing that the beauty-products company’s stock has hit a “rock bottom” valuation. The stock is down more than 49% over the past six months.

How did other markets trading?

Stock markets in China rallied Friday, after news of the resumption of U.S.-China trade talks, new stimulus measures from China’s central bank, as well as a better-than-expected report on the Chinese services sector.

Both the Shanghai Composite Index SHCOMP, +2.05% and Hong Kong’s Hang Seng HSI, +2.24% Index gained more than 2%. Japan’s Nikkei NIK, -2.26%however, slid 2.3% after the Tokyo Stock Exchange had been closed for holidays all week.

Get to the airport early: Government shutdown could double security lines as TSA agents call out sick