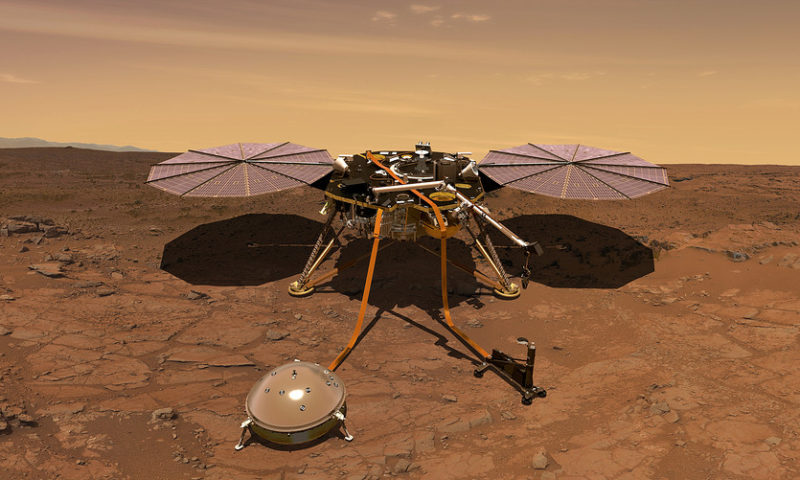 Last year was very good for the aerospace industry in terms of technology. So, today, I bring you the top five achievements in aerospace innovations for 2018:

Additive manufacturing, also known as 3D printing, is a process used to create a physical (or 3D) object by layering materials one by one based on a digital model. Unlike subtractive manufacturing that creates its final product by cutting away from a block of material, additive manufacture adds parts to form its final product. What makes this process special, however, is its enormous impact on the production pipeline and cost-effectiveness in the aerospace industry. Thanks to additive manufacturing, manufacturers can drastically reduce production costs by producing only the necessary parts at a fraction of previously needed time, without any increase in cost. This also enables astronauts to produce parts for their own needs without relying on risky and lengthy material deliveries from Earth. Additive manufacturing has applications in other industries as well (cars, construction, et al.), and it’s one of the greatest achievements of the modern age.

This spacecraft, launched in August, is already making its way straight to the sun at 430,000 miles per hour, which makes it the fastest man-made object. Its job is to explore the sun’s corona — a region that becomes visible during a total solar eclipse. Since temperatures in the corona exceed several million degrees Fahrenheit, the probe will orbit the star 3.8 million kilometers from its surface. In order not to burn out (temperatures can reach 2,500° F even at that distance), the craft has a series of safety measures in place, including an eight-foot-diameter heat shield (also known as the thermal protection system, or TPS) designed to take the brunt of solar radiation and heat, as well as to protect the probe’s sensitive electronics. Find out more about the Parker solar probe here.

You know I love NASA. I’ve covered most of its achievements throughout my career as a journalist, and this one is one of my favorites: InSight, or Interior Exploration using Seismic Investigations, Geodesy and Heat Transport (pictured at the top of this story). This is a Mars lander designed to study the planet’s crust, mantle and core. To that end, InSight is equipped with cutting-edge instruments that will give the Red Planet its first thorough checkup since it formed 4.5 billion years ago: its “pulse” (seismology), “temperature” (heat flow) and “reflexes” (precision tracking) will all be taken and the resulting insight (see what I did there?) will provide answers to key questions about the early formation of rocky planets in our inner solar system and beyond. The craft landed on Mars on Nov. 26, and over the course of two years, it will look for tectonic activity and meteorite impacts on the planet, studying how much heat is still flowing through it, and track the planet’s wobble as it orbits the sun.

OK, I admit it — this one ended up on the list solely because of its coolness factor. Dubbed “the next frontier in human flight,” the Gravity Jet Suit is powered by four mini-jet engines, attached to your arms, and a slightly larger jet attached to your back. With 1,050 horsepower, it is more powerful than a Bugatti Veyron supercar! If you have an extra $440,000 lying around, you too can enjoy the Iron Man experience for about five to 10 minutes, which is how long you can fly without needing to refuel. Its creator, Richard Browning, said the suit can easily reach 200 mph, provided it is used a few hundred meters above the ground. At lower heights, you can fly at a “modest” 32 mph without issues. Training for new pilots is available in a safe, controlled environment, in a special hangar near London.

Gasoline prices could jump 35% by May, forecast says