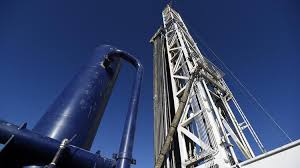 Jones Energy Inc is an oil and natural gas exploration, development and production company. It conducts its operations in the Anadarko basin. The company specializes in drillings horizontal well and has drilled over 930 total wells as operator, including nearly 760 horizontal wells since its formation. The firm recognizes its revenues from the sale of crude oil, natural gas, and natural gas liquids.

Jones Energy Inc. Class A is based out of Austin, TX and has some 94 employees. Its CEO is Carl F. Giesler.