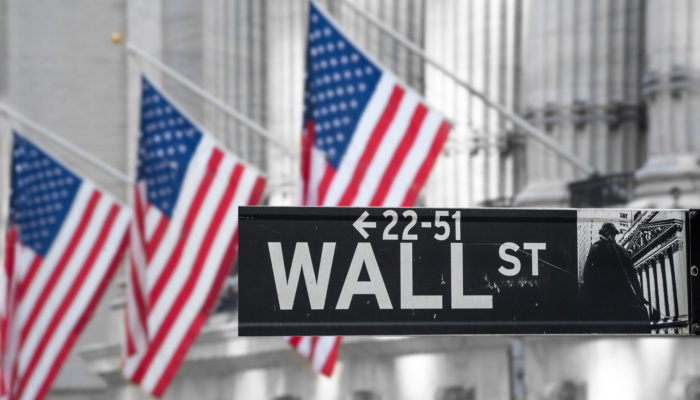 Although the traditional equities markets and the crypto markets don’t have a ton in common, they both had a rough 2018, and investors in both markets are hoping that 2019 proves to be different.

Despite being a rough year price-wise, many analysts see the drops in both markets as being temporary, which could mean that 2019 will be highly profitable for investors who have been disheartened by the recent volatility.

Last year at this time the crypto markets were in the midst of a parabolic bull run that sent their overall market capitalization to highs of $830 billion on January 7th. From this point, the market began its decline that would last the entire year and spill into 2019.

In December, the crypto market capitalization fell to lows of $100 billion, from which it has recovered slightly to its current levels of $126 billion.

Bitcoin, which generally tends to lead the market’s performance, first began its downwards descent on December 17th, 2017, where its price surged to highs of just under $20,000 before its upwards momentum stalled and it sharply fell to $7,300. From this point, it traded sideways for a while before drifting downwards to its current price levels.

Although Bitcoin’s drop began in mid-December, the altcoin markets were still red hot at this time, and mainly began to drop in early-January.

XRP, for instance, hit its highest point of approximately $3.75 on January 3rd, from which point it began dropping before bouncing at $0.60 on February 6th. From here, XRP, and all altcoins, began to closely track Bitcoin’s price action, and began their year-long descent.

Although no global markets rivaled the 90% drops that many cryptocurrencies saw in 2018, the traditional equities markets also ended the year on a less-than-positive note, with the US stock market posting its worst year in a decade, with the losses being driven by increasing trade tensions between the US and China, the ongoing US government shutdown, rising interest rates from the Fed, and Brexit concerns.

After posting some gains this past Monday, the Dow Jones Industrial Average and the S&P 500 ended 2018 down 5.6% and 6.2% respectively. The last time these benchmarks posted annual losses this large was in 2008, where they dropped 33.8% and 38.5% respectively.

Although many investors are expecting further losses in the stock markets in 2019, John Stoltzfus, the chief investment strategist at Oppenheimer Asset Management, said that 2019 will likely hold positive surprises for equities investors.

“With what we believe to be almost all but the kitchen sink priced into current valuations, we see opportunity for multiples to return to levels seen at the end of the third quarter … with multiple expansions resulting in a global equity rebound in the coming year,” he bullishly explained.

Stoltzfus further added that he does not expect any significant rally to occur until sometime into the first quarter of 2019.

“That said, we do not expect a rally of great significance to emerge until sometime into the first quarter of 2019. We look for market risk to weigh on investor sentiment into the new year until catalysts for a rally of some material significance appear on the scene,” he added.